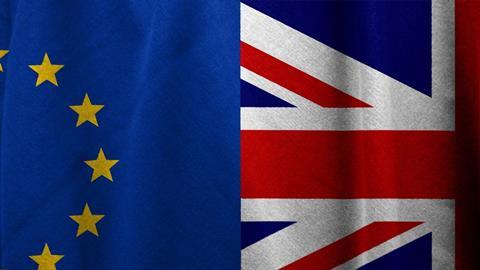 ​The complicated relationship between UK sanctions and Brexit

The sanctions regime in the United Kingdom and Europe is becoming much more complicated due to Brexit and compliance professionals are watching closely. The International Compliance Association and UK Finance explain more.

Following the UK’s Brexit referendum in June 2016, the process to legally extract the UK from the EU was put in motion. While much EU legislation was retained and transposed into UK law virtually unchanged, in some areas this was not possible, most noticeably with sanctions.

The problem was how to ensure that sanctions could be set and maintained once the UK had formally left the EU legal framework, as both EU and UN sanctions were enacted under the European Communities Act 1972.

The UK government’s solution was to enact the Sanctions and Anti Money Laundering Act 2018 (SAMLA) as primary legislation. Its next step was to encompass each sanctions regime under secondary legislation via statutory instruments (SI) which set out the prohibitions. These were then applied to those designated using the appropriate sections of SAMLA chapter 1.

Such a task might seem relatively straightforward. But the existing EU-derived sanctions framework comprised a significant number of SIs, many of which covered specific elements of wider programmes. For example, there are three Ukraine-related SIs regulations that encompass Ukraine/Crimea-related sanctions and in total the EU regime covers over 40 sanctions programmes.

The work to provide legislation that will allow the UK to manage and maintain an autonomous sanctions regime has been visible since early 2019 when the first EU-exit sanctions SIs were outlined. This work continues today, the only SIs yet to be laid before parliament are those concerning Libya.

The UK government has been clear from day one that the UK sanctions regime would broadly mirror the existing restrictions under the EU sanctions regime. However, such an approach obviously leaves room for variances, and it is worth pointing out that there are a number of changes that will differentiate the UK sanctions programme from that of the EU.

At the most basic level, the UK SIs are far more detailed and are drafted in a way to reduce ambiguity. The impact of this is that they are much more broad-ranging documents and can often be three of four times the size of the EU-derived legislation they are replacing.

In addition, some of the language within these SIs causes existing restrictions to broaden, narrow or even drop away, which creates a legislative gap between the UK and the EU. The sheer number of SIs and the impact of the UK drafting changes led to UK Finance engaging with six legal partners in order to undertake a complete review of the existing EU-derived legislation and compare that to the published UK legislation – an undertaking that has so far reviewed over 100 SIs.

The UK legislation came into force at the end of the transition period, which gave firms and businesses a chance to understand the legislative changes.

While the legislation was published, allowing a comparison to be undertaken, the list of individuals and entities subject to those sanctions was not published until the end of the transition period. Effectively, for the autonomous UK sanctions list, there is no transition period, just a hard switch that occurred at 23:00 on 31 December.

The UK has already started to make use of SAMLA and on 6 July 2020, the UK Global Human Rights (GHR) Sanctions regime came into force. This is a regime aimed at those ‘who have been involved in some of the gravest human rights violations and follows countries such as the US, Canada, Estonia, Latvia, Lithuania and Kosovo, all of whom have enacted these ‘Magnitsky’-style sanctions.

Whilst other similar regimes include corruption, the UK regime currently only covers activities which amount to a serious violation of certain protected human rights, though the Foreign Secretary Dominic Raab has announced the UK’s intention to encapsulate corruption in the future.

The designations made under this regime so far reflect a close alignment with designations already made in Canada and the US. However, the Canadian and US Magnitsky sanctions are more mature and contain many more sanctions regimes that the UK has not yet adopted. Noticeably, the UK has not followed the US in recently designating individuals related to the treatment of Uyghur minorities in the Chinese Xinjiang region, which mirrors the EU’s reticence to adopt measures in relation to China.

However, the new regime also allows the UK to pre-empt the adoption of sanctions. This was demonstrated in the autumn against the Belarus government when negotiations within the EU Foreign Affairs Council stalled, and the application of direct sanctions against President Lukashenko. The EU stopped short of Lukashenko’s inner circle in its first round of sanctions, finally adopted at the beginning of October, but included both the president and his son in further sanctions in November.

Unfortunately, the UN security council is subject to a frequent veto from one or more of the permanent members which often leads to sanctions being enacted only at a national level.

This will be an acute area of interest for future UK sanctions. To maximise their effectiveness, the UK will need to look for partners, as any unilateral sanctions imposed by the UK may not have as significant an impact. Obvious candidates are the EU, US, G7 or G20 members.

However, any alignment with these final three introduces the possibility of increased divergence from the EU, potentially leaving the UK in a space where it has partial alignment with the EU and US sanctions regimes. The EU stance is also likely to be impacted with the UK no longer being a member, and this may lead to policy decisions by the EU with which the UK would differ. The UK was historically one of the more active EU members when it came to sanctions proposals, with much of the emphasis being driven by the five-eyes intelligence sharing between the US, UK, Canada, Australia and New Zealand. The EU will no longer have a direct feed from this intelligence resource and this may affect any sanctions and individual targets the EU imposes.

The EU and the UK do both review regulations on an annual basis, so any major discrepancy or policy clash would have an opportunity to be rectified reasonably quickly.

In the US, meanwhile, there is a strong expectation of a change in policy due to the Biden administration assuming office in January 2021. While there will clearly be scope for future initiatives to be more open and collaborative, it is unclear how much, if any, of the restrictions put in place by the Trump administration can be rolled back or amended.

Those required to adhere to UK, US and EU sanctions will see 2021 inaugurate the start of a sanctions environment where there are three distinct moving parts. This will bring change and the question that we may be able to answer by the middle of the year is how collaborative these three regimes are shaping up to be.

The UK now finds itself in a middle ground. Long historic ties, intelligence sharing and collaboration with the US suggest that the UK could start to lean towards US restrictions. On the other hand, long held ties and aligned foreign policy with the likes of France would suggest that the UK has more in common with its EU partners.

Any attempt to tread a middle path of partial alignment with both the US and EU may see the UK creating an overly complex sanctions environment, where there are conflicting regulations irrespective of which direction the trade flows are heading. A keen eye must be kept on developments to ensure nobody falls between the gaps.

by a team of writers at The International Compliance Association and UK Finance.

An earlier version of this piece appeared on the ICA website.