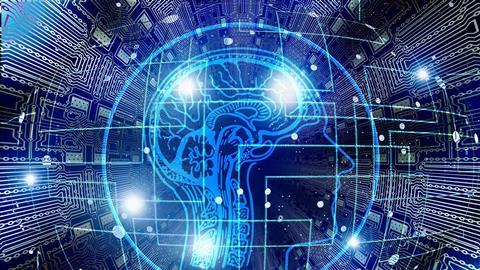 AI cannot be the inventor of a patent, UK court rules

In a landmark decision, a London court declared that an artificial intelligence system cannot be named as an inventor on UK patent applications because it is not a person.

The ruling follows after US-based AI expert, Stephen Thaler, brought a legal challenges against the UK’s Intellectual Property Office (IPO) after it rejecting two patent applications that named his AI machine, Dabus, as the inventor of a food container capable of changing shape and a flashing light.

The patent applications filed in 2018 stated that the inventions were the creation of Dabus, an artificial neural network and that he should be granted the patent “by ownership of the creativity machine.”

However, the IPO told Mr Thaler that he needed to list a real person as the inventor, which is something he failed to do. Subsequently, IPO decided that the application had been withdrawn.

Mr Thaler took the case to the High Court, where he lost, and then onto the Court of Appeal.

The Court of Appeal ruled by a majority of two judges to one that the IPO was right to refuse the applications because Dabus was not a person.

“Only a person can have rights. A machine cannot,” wrote Lady Justice Elisabeth Laing in her judgement. “A patent is a statutory right and it can only be granted to a person.”

Lord Justice Harold, agreeing, wrote: ”In my judgement it is clear that, upon a systematic interpretation of the 1977 Act, only a person can be an ‘inventor’.”

However, the third judge, Lord Justice Birss took a different perspective, explaining that whilst “machines are not persons”, he concluded that the law did not demand a person be named as the inventor at all.

“The fact that no inventor, properly so-called, can be identified simply means that there is no name which the [IPO] has to mention on the patent as the inventor,” he wrote.

“This case raises important philosophical questions and indicates we will need to modernise patent law to deal with AI inventions,” said Giles Parsons, partner at law firm Browne Jacobson, to the Financial Times. “Patent law was designed for the inventions of the first and second industrial revolutions. It is not properly equipped to deal with the challenge of the fourth industrial revolution.”