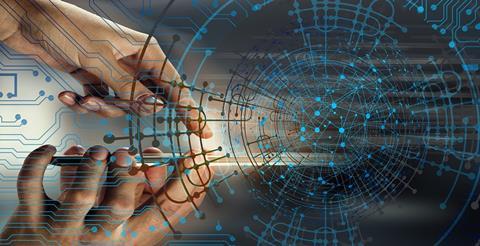 The survey, conducted by Oracle took in the views of 800 IoT decision-makers from companies in countries including Australia, France, Germany, Mexico, Spain, Switzerland, UK, and the US.

Almost two thirds of respondents (64%) said they would choose an “off-the-shelf” IoT solution over a custom-built offering, indicating a shift in the way organisations are harnessing the power of IoT technology.

Three quarters of those polled said they want connectivity to be ‘baked-in’ or bundled by the solution provider, and 70% want providers to include data and analytics tools as part of a comprehensive solution. Together, the findings show increasing demand for an easy route to IoT capabilities that provides faster time to value.

The survey also indicates a sea change in how IoT providers are designing and deploying, reflecting increasing productisation and platformisation in this space. Findings suggest that IoT platform vendors have established themselves as the go-to organizations for IoT deployment, with 56% of respondents indicating they’d turn to one of these vendors as a top three choice for lead supplier - outpacing systems integrators (42%).

“Custom solutions are introducing increasing levels of cost and complexity to the deployment of IoT solutions, with enterprises now seeking the fastest path to value in the form of readymade IoT solutions with connectivity and analytics capabilities built in.

“5G is critical to establishing this next generation of IoT, especially when deployed as truly cloud native, leveraging all of the benefits of cloud technology,” he added.

According to market research from Transforma Insights, the total number of IoT connections will hit 28 billion in 2030, and the GSMA Mobile Economy report forecasts the IoT market will be worth more than $1 trillion by 2025.

Further key findings from the survey include:

Deployment times for commercial solutions average 8.5 months, compared to an industry average of about 11 months, suggesting that the increasing use of standardized solutions is accelerating go-live times. Public safety/government (51%) and utilities (45%) have the most accelerated timelines, aiming for IoT deployment within six months.

IoT projects are shifting from internal and non-core to critical and customer-facing:

Almost 90% of projects were described by the respondents as ‘fundamental’ or ‘very important’ to their core business, and just over half of all projects are visible to their customers. This is reflected in cost being ranked as the most important aspect to manage. Deploying the solution ranked highest for utilities (61%) and public safety and government (60%). Other industries such as healthcare (58%) and enterprise IT (59%), ranked cost to operate the solution, highest.

IoT use cases based on simple data gathering are diminishing rapidly. Survey respondents said that over 80% of their projects involve bidirectional data flows, rather than simple data gathering from device to application, which will result in a greater requirement for an analytics driven control loop within the IoT solution.

“What is clear from this survey is that IoT adopters have moved on from so-called ‘low hanging fruit’ to business-critical systems.

“As this maturing filters into the mass market, we will see increasingly widespread transformational impact from enterprise IoT,” Mr Hatton added.