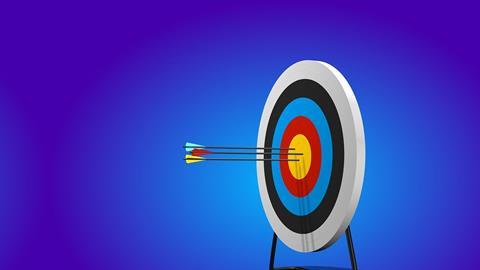 Regulators, government departments, private businesses and law enforcement agencies carry out a huge amount of activity every single day to combat financial crime, but how much of it is actually effective? How do we measure and improve our effectiveness? Next month’s FinCrime World Forum global live stream experience will feature several sessions on this topic. To get you in the mood, Matthew Redhead explains the key issues and argues for a systemic approach

Among anti-financial crime professionals, the topic of ‘effectiveness’ has risen in prominence over the last decade.

However, as soon became obvious during successive rounds of country-level reviews, this too often simply translated into a ‘tick box’ approach in both the public and private sectors. Although the intention behind the global AML/CTF regime was to enhance the fight against finance criminals, the practical reality became about simply ‘doing enough’: in the case of governments, to please FATF’s international auditors, and for financial institutions and other obligated businesses, to please national regulators.

To its credit, FATF and its member states have recognised this as a problem in the last decade, and in 2013, the group adopted a new effectiveness-centred assessment methodology.

According to this methodology, success or failure with regard to AML/CTF needed to go beyond mere technical compliance and look at ‘how well’ its rules were being applied.

Although primarily aimed at governments’ systemic implementation of AML/CTF controls, the effectiveness methodology has also looked to regulators to take a similar approach to the evaluation of private institutions’ anti-financial crime performance.

This has, of course, proved a challenge, as the evaluation of ‘how well’ any institution fulfils its obligations is a subjective matter and many practitioners continue to be sceptical about what effectiveness means.

Financial crime remains big business, and there is little to indicate so far that AML/CTF efforts have made a major dent in its scale.

In response, leading stakeholders in the AML/CTF ecosystem have started to address this issue. In December 2019, the Wolfsberg Group, a coalition of the world’s 13 largest banks, issued a statement on practical ways to approach effectiveness in banks, and in September 2020, the US government’s Financial Crimes Enforcement Network (FinCEN) initiated a consultation on the subject, focusing on issues such as the value of Suspicious Activity Reporting (SAR).

Nonetheless, despite initiatives to give the concept of effectiveness a more granular – and measurable – meaning for individual institutions, critics have continued to note that such tactical approaches also tend to ignore the larger dimensions of the concept.

It is not just important to do something well, they suggest - actions should also have a result. A footballer can deliver an elegant pass, but if it does not lead to an opportunity to score a goal, then it is not what most spectators would consider to be effective.

Framed in the terms of policy researchers, therefore, a well-executed output might or might not have a positive impact or support desired outcomes. Indeed, in the case of AML/CTF, several researchers and practitioners have argued that there is little evidence to suggest that the current system is working effectively in these senses. Estimates of the scale of money laundering have been between 2-5% of global GDP each year for decades, and levels of asset recovery no more than 1-2% of the total of illicit funds. Financial crime remains big business, and there is little to indicate so far that AML/CTF efforts have made a major dent in its scale.

A footballer can deliver an elegant pass, but if it does not lead to an opportunity to score a goal, then it is not what most spectators would consider to be effective.

Arguably, therefore, the debate about effectiveness needs to take a step back and ask bigger questions about what anti-financial crime practitioners are seeking to achieve, and whether the current means they are using are the right way to go about it.

It is one thing to try and make a policy work in a more optimal way – but what if that policy in itself is wrong-headed? With the evidence for positive impact and outcomes for the current regime so thin, the debate about effectiveness in AML/CTF thus also needs to take in wider questions about alternative strategies, especially around improved integration across the sectors, allied to the deployment of new technologies.

Improving tactical effectiveness remains welcome, but a focus on systemic effectiveness – actually making a difference in the fight against financial crime - might necessitate a more ambitious approach.

Cultural Capital Can we achieve a positive FinCrime ‘compliance culture’?

The Last Lines of Defence Strengthening the professions’ fight against FinCrime

Above the Law? The challenge of bringing financial criminals to justice

To find out more about these sessions, click here.

Register to attend for free