A lack of global standardisation for climate-related financial regulation has created a confusing, disconnected – and easy to ignore – cross-border compliance landscape, experts say. 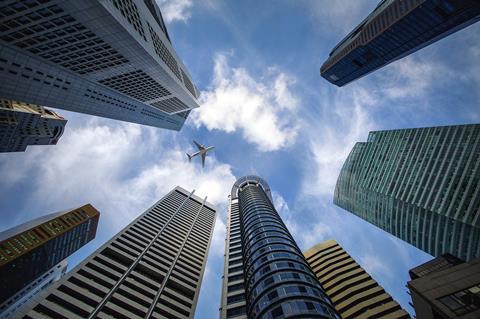 The message is delivered by analysis and research from global RegTech company, CUBE, which shows how financial services organisations are being hampered in their efforts to improve their ESG posture and implement crucial climate change mitigation measures.

Despite the prominence of cross-border industry groups there is currently minimal collaboration between regulators. Latest analysis suggests that there is little evidence that North American regulators are using the EU-based Sustainable Finance Disclosure Regulation as a framework for their own disclosure rules, and while there have been attempts at a global approach, such as the Task Force on Climate-related Financial Disclosures, their adoption has also been limited.

The lack of standardisation globally highlights the chasm between what regulators are saying and what they are enacting in the form of rules, regulations and legislation. Regulatory bodies across regions are publishing tens of thousands of climate-related issuances and guidance – but just a tiny fraction of them have become enforceable regulations.

In Europe, just 4% of the more than 50,000 climate-related issuances made in the last 10 years exist within in-force regulations. Meanwhile, in North America, 16% of total issuances are in force, although they are publishing far less climate-related content overall, and in Asia, just 0.007% of issuances have been codified. Of the issuances that specialists analysed that are not currently in force, 11% are in progress towards becoming law.

Exacerbating the problem is the notable silence from some of the world’s most prominent and powerful regulatory authorities. The UK’s Financial Conduct Authority only accounted for 0.004% of all regulatory instances within the data analysed, and the US’s Securities and Exchange Commission represented even less at 0.0004%.

As a result, financial services firms are left with little clear guidance on what measures they should be taking to curb climate change risks – and little incentive, as well. The cost of compliance can be high, and with significant uncertainty clouding the future of climate-related regulations, firms may be reticent to make the necessary investments until the landscape is clearer. The outcome, then, is a lack of urgently needed action not just from regulators, but from the firms themselves.

“Without a global regulatory standard, a lack of cross-border collaboration has emerged, resulting in meaningful discussion but limited action and guidance from regulators. This has inadvertently left grey areas around how firms can navigate and implement regulatory change. It has also left gaps in how these firms can effectively curb climate change risks.

“Ultimately, ESG-related regulation is one of the most important regulatory movements we have seen in our time, so much so that over 2020 and 2021, in the face of a global pandemic, regulatory bodies continued to publish climate-related content in the tens of thousands,” Richmond added.

“Firms who find climate-related risk slipping down their agenda should not overlook the sheer quantity of issuances in the progress of becoming law over the next two years. More than 8,000 global regulatory insights currently exist as ‘Bills’ which suggests that legislation will be implemented – and imminently,” Richmond continued.