Active shareholders such as billionaire investor Carl Icahn and investment firm Engine No.1 are driving the adoption of ESG. 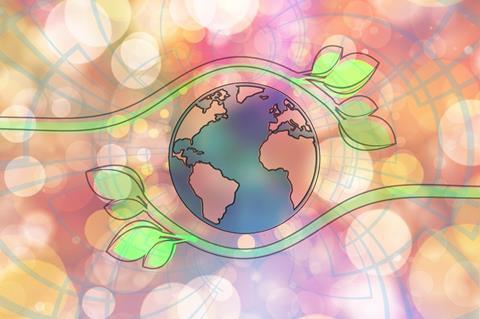 Animal rights are not usually a core part of ESG, but they tie in with ethical issues. Now in 2022, animal rights have come under the spotlight as the most famous active investor in the world; Carl Icahn has nominated two individuals focused on animal welfare to become directors of McDonald’s.

The two individuals, Leslie Samuelrich and Maisie Ganzler, will, if elected to the board, push for crate-free pork — a practice involving keeping breeding pigs in small metal crates.

Icahn only has 200 shares in McDonald’s, but he brings another important asset to the negotiating table — his name, a name that can bring fear to company boards. It is, after all, Carl Icahn who put pressure on Apple to spend much of its cash mountain on share buybacks.

The active shareholder and ESG

Things have moved on at Apple since Icahn’s activism. Recent shareholder resolutions at Apple include banning gagging clauses on staff who have been victims of discrimination and greater transparency on how Apple removes apps from its App Store.

This takes us to Engine No.1. which says its purpose is to create long-term value in companies. In practice, this means encouraging active shareholders to drive forward ESG reforms within companies.

Engine No. 1 cites as an example Exxon Mobil. In 2021 the investment company managed to place three new directors on Exxon’s board who had speciality in transitioning away from fossil fuels.

It says: “Don’t sell your fossil-fuel stock if you want to make a climate-change difference in 2022.” Instead it urges shareholders to become more active.

According to data from Bloomberg, 220 campaigns by active investors aimed at companies with a market cap of at least $1 billion were launched in 2021.

Andrew Freedman, co-chair of the shareholder activism practice at the law firm Olshan Frome Wolosky LLP, likened how active investors are influencing company policy to a Swiss Army knife. He told Bloomberg: “We’re now at the point where shareholder activism touches upon all aspects of a public company’s life cycle.”

Shareholder activism is not just about ESG, but it is becoming a more important theme, as Engine No.1 is keen to point out. It says: “Our goal is to harness the power of investors to hold companies accountable for what we stand behind—like strengthening our workforce, restoring the climate, and increasing transparency.”

And Engine No.1 illustrates why it thinks active investors promoting ESG creates positive returns by discussing Exxon Mobil. It says: “ExxonMobil has underperformed the S&P 500 and each of its proxy statement peers (BP, Chevron, Shell and Total) for the last 3-, 5- and 10-year periods, both before the COVID-19 crisis and after COVID-19 but prior to our arrival.”

It added; “We believe that for ExxonMobil to avoid the fate of other once-iconic American companies, it must:”

Has it worked? Engine No.1 proudly boasts that Exxon Mobil’s share price has increased since it launched its campaign. Although, in fairness, it should be pointed out that correlation does not necessarily mean causation and shares in most oil companies have performed well over the last six months or so.

Carl Icahn and Engine No 1 might have different priorities and different sets of values. But Icahn’s ideas don’t only touch on the principles of ESG in the context of pig crates. He is also a big advocate of governance. Back in 2013, he launched Shareholders’ Square Table. At the time, he said: “The public companies in this country suffer from poor governance.

Among many other problems, poor corporate governance allows for a growing disparity in income best reflected by CEOs of public companies earning as much as 700 times the wages of an average employee.”

The regulator is lending more support to active shareholders too.

In the US and under President Trump, companies were given greater powers to exclude proposals from shareholders in AGMs. But in November 2021, the SEC (securities exchange commission) began a reversal.

The Corporate Finance division of the SEC issued a bulletin rescinding previous bulletins passed during the Trump era. The bulletin stated: “proposals squarely raising human capital management issues with a broad societal impact would not be subject to exclusion solely because the proponent did not demonstrate that the human capital management issue was significant to the company.”

The perfect storm is active

And so, we have various forces at play. We have Carl Icahn pushing for animal rights at McDonald’s even though he has only taken a tiny stake in the company. We have groups like Engine No.1 encouraging active shareholders in promoting ESG issues, and we have a rule change in the US making it easier for active investors.

Icahn himself may not be your classic ESG guy. But his interest in McDonald’s illustrates how ethical concerns matter even amongst the most famous investors. And while ESG is gaining wider acceptance, maybe the trend can be nudged along by active shareholders.