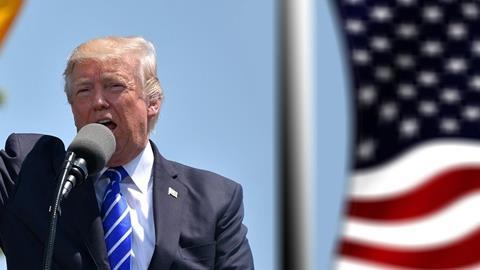 The former president was banned from Facebook, Google and Twitter following the wake of the Capital riots in January this year.

His accounts were banned in response to allegations that Trump had encouraged his supporters to riot at the Capitol, which resulted in the deaths of five people.

Announcing the news at his Bedminister golf resort in New Jersey, Trump said he would serve as the lead plaintiff in the class-action lawsuit arguing that he has been wrongfully censored by the tech companies. The three lawsuits filed in federal court in Florida allege that the tech giants have violated the plaintiff’s First Amendments rights.

“We are demanding an end to the shadow-banning, a stop to the silencing, and a stop to the blacklisting, banishing, and cancelling that you know so well,” he said.

The lawsuits want the court to order the companies to let Trump back on the platform and declare that section 230 of the Communications Decency Act, legislation that prohibits tech companies from being held liable for what users post on their platform, is unconstitutional.

When asked about the lawsuits, Trump told reporters “we don’t know what’s going to happen but we’re not looking to settle.”

The lawsuit has been criticised by many legal experts. Vanderbilt University law professor Brian Fitzpatrick told CNBC in a phone interview: “I think the lawsuit almost no chance of success.”

Fitzpatrick added that tech platforms are private entities and not government institutions, therefore Trump’s claims about constitutional violations do not hold up.

“I think this is just a public relations lawsuit,” Fitzpatrick said, “and I’ll be honest with you, I wouldn’t be surprised if it ends with sanctions against the lawyers for filing a frivolous lawsuit.”

Missed PrivSec Global’s ”Should Anyone Be Banned from Social Media for Life?” session? No problem, simply click here to access the sessions on demand.