Digital security and privacy firm, Avast has teamed up with national domestic abuse charity, Refuge, to outline the top ten connected devices that are most commonly reported by victims of domestic abuse as being used against them. 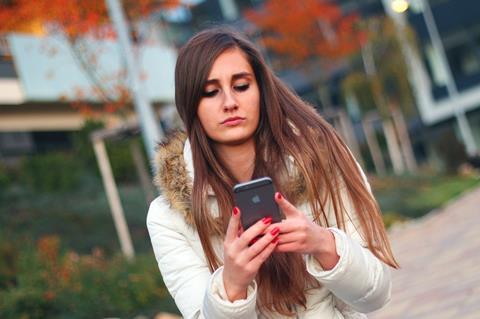 For most people, smart devices offer convenience in the home and while manufacturers such as Amazon, Google and Apple take precautions to mitigate abuse, in the wrong hands, internet-connected devices can be used by abusers to harm and exert control over their partners.

Refuge reports an increase in the number of women seeking guidance on how to secure their technology, and support with the most common devices reported to Refuge as follows:

Despite the reports Refuge has received, wider research of 2,000 women in the UK carried out by Avast and Refuge found that nearly half (48%) were unable to name a single device they believed could be vulnerable to abuse, increasing to 60% for those over the age of 55.

Further to this, 66% of women did not know where to get information to help secure the devices in their home if they felt they had been compromised by an abuser– rising to 79% for those aged 45 and over.

The research also illustrates how such technology is used in abuse scenarios: just over half (64%) of women in the UK have admin control over the IoT devices in their own homes; one in four (27%) stated that admin access for these devices has not been shared equally or with transparency in their household; and 18% of women said they have no control over the Wi-Fi settings in their home, but their partner or family member does.

Furthermore, 41% of women in the UK stated that a partner or family member knows the password to their personal devices – with 28% of these women saying that they did not give this password willingly.

Ruth Davison, CEO of Refuge, said, “While the findings from this research are deeply concerning, we believe they only scratch the surface of a much harsher reality. Many women might not be able to spot the signs that they have been coerced into giving their password to an abusive partner or unaware that an abusive member of their household is spying on them through their Wi-Fi.

“The reality is one in four women will experience some form of domestic abuse in their lifetime, and tech abuse is increasingly part of that problem, which is why Refuge teamed up with Avast. Not only are we trying to raise awareness of this issue, but we want to equip women to mitigate against the potential dangers of these devices in the wrong hands.”

To help women regain control of their digital devices and environment, Avast and Refuge have joined forces to launch an IoT home safety tool: https://refugetechsafety.org/hometech.

The interactive tool is designed to highlight the ways smart home devices can be misused and help women keep their devices safe and free from abuse. The tool replicates a typical home setting, highlighting these devices in situ. When each device is clicked on, it will provide women with easily actionable steps to secure the device.

Jaya Baloo, CISO at Avast, said, “The United Nations called domestic abuse and violence against women at the height of the Covid-19 crisis a ‘shadow pandemic’ and tech abuse plays a large part in this growing problem.

“Our threat researchers found that there has been a 93% increase in the use of spyware and stalkerware apps in the UK since lockdown measures were introduced, and we stress-tested these ten devices reported to Refuge. They are all extremely popular and common, so we have focused on providing clear and actionable advice for women on how to keep their devices secured from misuse.”