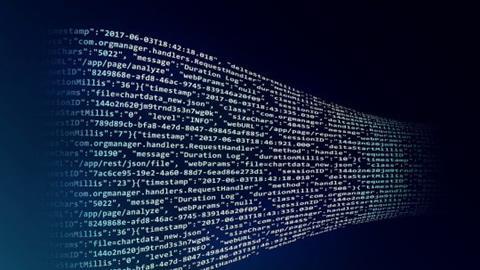 A group of cross-party MPs say the UK-Japan trade deal has “profound implications for privacy and for international trade” and urges the government to provide more information before the Agreement is assented on or before December 7.

In an open letter to Liz Truss, secretary of state for the Department of International Trade, the MPs said they were, “deeply concerned by the lack of time, information and analysis available given [sic]  to us and Parliament to consider the impact of the digital trade clauses in the UK-Japan Comprehensive Economic Partnership Agreement.”

The Agreement, which was announced in October, is expected to boost the British economy to the tune of £15.2 billion over the next 15 years, according to the UK government.

The MPs have been joined by privacy campaigners including Open Rights Group, to request a parliamentary debate on the implications of the new causes, as spokesperson for the group, former Labour shadow home secretary Diane Abbott says: “It is wrong to ask parliament to support articles in a trade agreement without explaining to parliament what the consequences of agreeing to them may be.”

The deal allows for a “free flow” of data between the UK and Japan, which mimics that of the Comprehensive and Progressive Agreement for Trans-Pacific Partnership (CPTPP). The group claims,

“Both the CPTPP and the Japan-UK Agreement appear to promote privately regulated data flows, which may in practice be both lax and hard to enforce.”

He adds: “I think such a provision from an academic point of view, may bring tension between the trade secret and the data subject access of meaningful logical involvement in the data processing, in particular the AI data processing.”

The result of such a deal may also present further problems for the UK’s relationship with the EU. Professor Miyashita says, “there is a footnote from the EDPB guidelines that a trade secret cannot be used as an excuse to refuse the right to obtain human intervention in Article 22 of the GDPR.”

The letter echoes similar adequacy concerns, asking the government for consolidation on whether any assessments exist for the future of adequacy with the European Union. Additionally, it asks if data flows ‘of the types envisaged in the Japan-UK Agreement and CPTPP’ should be enabled. Finally, they ask for an impact assessment on the effects on British businesses due to having to compete with countries with lower data protection standards.

However, a spokesperson for the Department for International Trade dismissed the group’s concerns, stating, “Nothing in the Japan CEPA undermines the powerful legal protections for personal data under UK law – in fact, it is designed to ensure they can continue,” as reported by Forbes.

“The deal means data can flow between countries for business purposes in accordance with the strong data protection legislation that both Japan and the UK have in place. UK users have exactly the same legal protections for their personal data as they did before the deal. Nothing in it compromises that,” it continues.

“The right to privacy and control over personal data should not be a bargaining chip on the negotiating table. Yet the government has signed up to articles in the Japan trade agreement that places limits on legislation to defend privacy when data is exported.

“Parliament and the public have a right to know the impact of these legally binding commitments. How trade deals are done must change in the future so that elected representatives in parliament, not the government, sets the negotiation mandate, so that rights are protected in every trade deal done.”