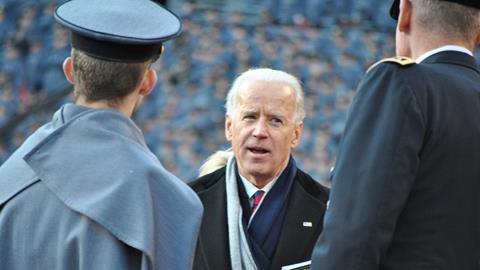 President Joe Biden has issued an executive order banning the US from investing in Chinese firms associated to selling surveillance technology or linked to the country’s military.

In November last year, the Trump administration issued an executive order barring US entities from investing in a range of Chinese firms including Huawei, China Telecommunications Corp., and China Mobile Communications Group Co.

In the new order, Biden rewrites the earlier order to include firms engaged in and deploying surveillance technology. Defense companies that made it on the list included Aviation Industry Corp. of China Ltd., and China Shipbuilding Industry Co.

In the order, Biden wrote that “additional steps are necessary to address the national emergency declared in Executive Order 13959 of November 12, 2020 (Addressing the Threat From Securities Investments That Finance Communist Chinese Military Companies), including the threat posed by the military-industrial complex of the People’s Republic of China (PRC) and its involvement in military, intelligence, and security research and development programs, and weapons and related equipment production under the PRC’s Military-Civil Fusion Strategy.”

”In addition, I find that the use of Chinese surveillance technology outside the PRC and the development or use of Chinese surveillance technology to facilitate repression or serious human rights abuse constitute unusual and extraordinary threats, which have their source in whole or substantial part outside the United States, to the national security, foreign policy, and economy of the United States, and I hereby expand the scope of the national emergency declared in Executive Order 13959 to address those threats.”