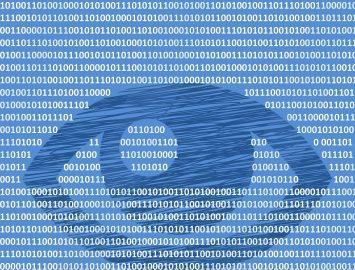 New index puts Belgium, Norway and the US top for data transparency during pandemic

A new report ranks 100 countries in order of their data transparency and reliability during the pandemic, Belgium ranked best overall followed by Norway and the US.

The results show an alarming number of countries do not meet TotalAnalysis’s recommended total pass rate of 70% transparency, which the research group argues, “all countries should attain ten months into the pandemic.” Countries scoring less than 50 per cent and “judged to be delivering unreliable Covid data” include the UK ranking in at 27th place, Brazil in 48th , Russia in 57th , India in73rd, and China in 96th .

TA systematically updates and analyses covid-19 data every day on over 200 nations and 2,200 local regions throughout Africa, the Americas, Asia Pacific, Europe, and the Middle East. According to the results, only Belgium, Norway, the USA, Chile, Denmark and New Zealand obtained 75% transparency. Belgium was the best performing country overall with a total score of 72.3% and it was rated 77% in terms of its management of data, 73% for its usage of data and 64% for its coverage.

Of those six countries ranked most transparent, only four obtained over 70% in its total score – Norway with 71.3%, the USA with 71.0% and Chile with 70.9%. The USA received a poor 62% for its management of data but received the highest rating out of the 100 countries for its usage of data during the pandemic at 81%, with Italy closely trailing with 80%.

The UK ranked 27th on the table, with a total score of 54.1%. It obtained a score of only 50% transparency – ranking just below Bahrain, Luxembourg and Sweden – 46% for its management of data, 68% for its usage of data and 53% for its coverage. The UK’s extremely low score for data management can be in-part explained, TotalAnalysis says, by the lack of centralised data for the Scotland, Wales and Northern Ireland, as did the lack of compatibility with the devolved nations’ statistical authorities and the NHS system. The widely viewed failures of the test and trace system to effectively target tests and record new infections also lowered its score.

At the other end of the scale, countries such as North Korea and Turkmenistan sit in joint 99th place with score zero as not a single infection rate has been reported, which TotalAnalysis puts down to both countries being in “total Covid-denial”.

“We’ve come across extraordinary variation in nations reporting and sharing Covid data,” says Mike Laflin, Director of Research at TotalAnalysis. “Above all, the index reveals the dire need for a coordinated global approach, rather than each country doing their own thing – and the majority doing it badly.”

Co-Founder of TotalAnalysis, Richard Londesborough, states that “data transparency is critical. Without public trust in government data you see a range of behaviours from cynicism and non-compliance to irrational fear, increased economic harm and collateral damage to non-Covid healthcare.”