Australia’s premiere start-up web-series and podcast, That Startup Show, has become the first broadcast to view on the Metaverse. 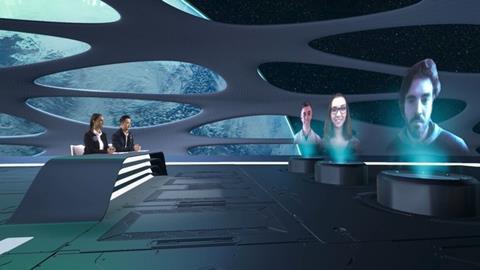 Launched this autumn, Meta was introduced as a unification of Facebook apps and technologies, with a focus on bringing the metaverse to life, to help connect people, communities and grow businesses.

A new series of That Startup Show has now been released on blockchain video streamer, ThetaTV, opening with an interview aboard a ‘virtual spaceship’ with Randi Zuckerberg on the ‘changing story of entrepreneurship’. Zuckerberg later tweeted about her ’first interview in the metaverse’, further defining what’s possible for the future of live streaming in the next iteration of the digital ecosystem.

That Startup Show’s first seasons achieved a reach of over 24 million across multiple platforms seen in over 60 countries, and most recently featured on Amazon Prime Video following its worldwide run on Virgin Airlines.

Continuing their commitment to innovative media platforms, the Webby-honored That Startup Show has chosen to release on ThetaTV, a decentralised blockchain platform that allows viewers as well as content creators to earn cryptocurrency.

“When Covid forced our city into the world’s strictest lockdown, we had to rethink what it meant to create stories, and how to communicate in a world where our virtual and physical presences are converging.

“This catalysed the development of our platform, which allows new forms of storymaking and communication in the metaverse. That Startup Show serves as a prototype of what’s to come for creators like us,” Salama continued.

“That Startup Show evolves with its environment. This season we’ve delved into post Covid life in a unique virtual world, built from the ground up to show perspective on Earth’s challenges, on the brink of the next generation of the metaverse.

“If there is one thing that recent events have shown, it is the cracks in our systems. With a bit of courage, political will and re-directed resources, it’s inspiring to think we can deploy STEM to help create innovative solutions to the significant challenges of this decade.

“That’s what people of Earth are pushing for and that’s a whole new kind of ground up leadership we’re excited to see emerging as we innovate towards a future which belongs to everyone,” Reeves continued.