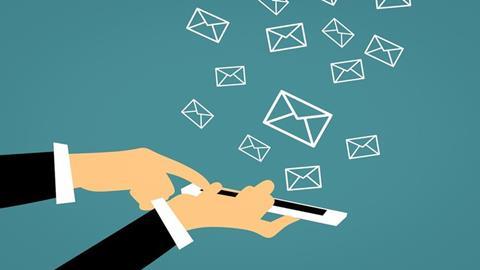 The European arm of US credit card company American Express Services (Amex) has been ordered to pay a financial penalty by the UK’s Information Commissioner’s Office (ICO) for sending almost 4.1m marketing emails to customers who did not want to receive them.

During its investigation, the privacy watchdog found the company had sent more than 50m of what is classed as servicing emails to customers.

But in a little short of the 12 months to 21 May 2019, a total of 4,098,841 of those messages were marketing emails, designed to encourage customers to make purchases on their cards which would benefit Amex financially.

“It was a deliberate action for financial gain by the organisation,” the ICO said. “Amex also did not review its marketing model following customer complaints.”

The regulator began investigating after receiving complaints from Amex customers who were getting marketing emails despite having opted out from them. Those communications included details on rewards for shopping online with Amex, getting the most out of using the credit card and encouraging customers to download the Amex app.

Head of investigations Andy Curry said: “This is a clear example of a company getting it wrong and now facing the reputational consequences of that error.

“The emails in question all clearly contained marketing material, as they sought to persuade and encourage customers to use their card to make purchases.

“Amex’s arguments, which included that customers would be disadvantaged if they weren’t aware of campaigns and that the emails were a requirement of its credit agreements with customers, were groundless.”

Applying the case wider afield, he added: “I would encourage all companies to revisit their procedures and familiarise themselves with the differences between a service email and a marketing email, and ensure their email communications with customers are compliant with the law.”

ICO guidance stipulates service messages contain routine information such as changes to terms and conditions, payment plans and notice of service interruptions. Direct marketing relates to any communication of advertising or marketing material directed at individuals.

It is against the law in the UK to send marketing emails to people unless consent has been freely given.