Previously, Vivienne was the Chief Privacy Office at Refinitiv and Thomson Reuters, and Managing Director and Global Head of Privacy Legal & Head of International for the Intellectual Property and Technology Law Group at Citi.  Prior to joining Citi in 2000, Vivienne worked in private practice in London.

Vivienne chairs the International Regulatory Strategy Group Data Working Group, is on TheCityUK EU Technical Advisory Group, and is the Vice Chair on the Executive Committee of the Board of Directors of the International Association of Privacy Professionals (IAPP).  Vivienne is also on the Business and Law Advisory Board of St Mary’s University, the Alumni Advisory Board of Pembroke College Oxford University, and is on the Founding Editorial Board for the Journal of AI and Ethics.  Vivienne was recognised in the 2019 PrivSec200 list of privacy and security professionals across Europe.

Vivienne is on the Advisory Board of Women in Banking and Finance, having been President and CEO from 2017-2020.  Vivienne is a recognized gender champion and leader having been awarded the Champion for Women Award at the Women in Banking and Finance Awards for Achievement 2016.  Vivienne received the 2019 WeAreTheCity Rising Star Editor’s Choice Award in recognition of her tireless efforts in the diversity space, and as an individual who is pushing for change within her industry.  Vivienne placed in the top 20 Executive Women Role Models in the HERoes List 2020, was awarded Woman Solicitor of the Year in the Law Society Excellence Awards in 2020, and has many years of experience leading a broad range of diversity initiatives and groups both within firms and across sectors.  Vivienne was awarded an OBE in the Queen’s New Year’s Honours in 2021 for services to financial services and gender diversity. 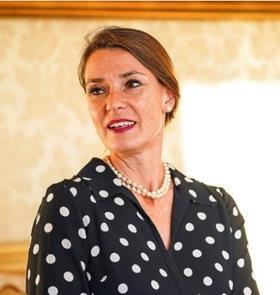