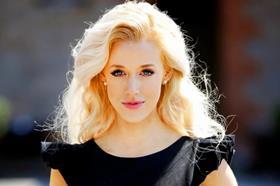 Emerald de Leeuw is a globally recognised Privacy and Data ethics expert as well as an award-winning entrepreneur, advisory board member and lecturer.  She is currently the Global Head of Privacy at Logitech.

Prior to joining Logitech, she founded privacy-tech company; Eurocomply for which she won various awards such as European Young Innovator of the Year in 2017 and a 30 under 30 award. She started Eurocomply after writing her master thesis on the GDPR in 2012.

Forbes named her one of 100 European female founders to watch and she speaks regularly at leading conferences such as TEDx and institutions such as MIT Sloan School of Business and the European Parliament. She is a Marshall Memorial fellow with the German Marshall Fund of the United States. Emerald is an advocate for female leaders and is passionate about closing the funding-and pay gap for women.

Her qualifications include a Bachelor of Laws, (LL.B/J.D.), a Masters in E-Law and Intellectual Property Law (LL.M), a Masters in Business Information Systems and the CIPP/E certification. She is also Harvard Law Certified in Copyright Law and is continuing her executive education at Stanford Graduate School of Business.