Has the IPCC given the green light to ESG greenwashing?

The latest IPCC report emphasised the importance of carbon capture, but this may be an error; it is like the way people say they support ESG but are greenwashing. 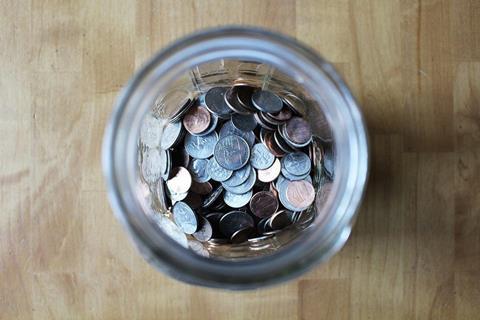 Carbon capture: it is like all our dreams come at once. It means we can carry on as we are and then, via the miracle of accelerating technology, suck up all that carbon.

It is a little like a swear box, we can swear like a trooper, but it is fine because we are putting money into the swear box.

And this attitude permeates into ESG. “It is okay, we burn a lot of carbon, but we plant trees too; we are investing in carbon capture. So on balance, our carbon emissions are zero.”

And maybe that would be fine if it was true. But how much of those above activities really support net-zero?

It is like saying when you are in Hell, you can use your card to melt the furnace,” says Professor Paul Watchman

You can plant trees, but be aware that it takes decades (and longer) for that tree to fulfil its carbon capture function! Do you monitor that tree over this period? Can you be sure you are not planting a tree that might have grown naturally, anyway?

You can invest in carbon capture, but there is a snag here, too.

Carbon capture and storage (CCS) is very expensive, is tiny compared to the current level of C02 level emissions, and is often not as green as generally described.

Indeed, when used by oil companies, carbon capture is often associated with producing more oil. This is because the process often involves pumping C02 into oil deposits, which effectively push the oil closer to the surface, making it easier to reach.

As a paper from Mark Z. Jacobson, Stanford University, one of the leading lights in this field, stated: “Spending money on carbon capture and storage or use (CCS/U) and synthetic direct air capture and storage and use (SDACCS/U) increases carbon dioxide equivalent emissions, air pollution, and costs relative to spending the same money on clean, renewable electricity replacing fossil or biofuel combustion.”

Jacobson analysed data from an existing coal-CCU plant and found that only 10.8 per cent of C02 emissions were captured over 20 years. For another SDACCS/U plant, the results were similar.

As renowned climate change scientist Michael E Mann has argued, the fight against climate change is not hopeless; for one thing, we now know that the time lag between C02 emissions and warming is much shorter than previously believed.

This is actually good news as it means a more immediate benefit from cutting carbon emissions. An article co-written by Mann, along with Mark Hertsgaard, executive director of Covering Climate Now and Saleemul Huq, director of the International Centre on Climate Change and Development in Dhaka, Bangladesh, states: “Yes, CO2 pushes temperatures higher, but carbon ‘sinks,’ including forests and in particular the oceans, absorb almost half of the CO2 that is emitted, causing atmospheric CO2 levels to drop, offsetting the delayed warming effect.”

As Jacobson says in the paper mentioned above, renewables represent a quicker and cheaper way of reaching net zero.

But what about the long haul flight?

Supporters of carbon capture talk about the need to cut carbon to offset C02 emissions from applications that can’t use electricity, such as long haul flights or shipping. In addition, they talk about how existing clean technologies can not provide fertiliser or be used in the production of steel.

Take this video, for example, suggesting that planes can never be electric; ergo, we need carbon capture.

But this is not correct. Electric planes for short-distance flights are already a reality, and the technology is advancing with scale; it is long haul flights only that can not easily be powered by electricity.

And as Michael Liebreich, founder of New Energy Finance, which was acquired by Bloomberg, has argued, green hydrogen (hydrogen produced using renewables) can fulfil the functions that oil currently fulfils with applications such as long haul flights, and shipping and fertiliser production or in steel.

So here is the choice:

We invest in low hanging fruit solutions such as renewables and energy efficiency to dramatically reduce carbon emissions, invest in clean hydrogen for longer-term applications and let the earth do its bit via the oceans and forests. Or we throw billions at carbon capture.

Some say: “Why not do both?” Maybe we can, but when we throw money at a very expensive technology, it can crowd out alternatives, even though they might be more cost-effective.

The likes of Michael Mann argue that carbon capture or CCS technology is a delaying tactic; it is another way of saying, “let’s carry on as we are and rely on future unproven technology to reverse our bad deeds in the future.”

But here is the catch.

When proven oil reserves amount to around $150 trillion, going down the renewables and energy efficiency route is scary.

In that sense, renewables and energy efficiency are like disruptive technologies. Traditional oil-based industries are like Kodak — carbon capture is their way out.

Carbon capture or CCS can be akin to greenwashing.

That doesn’t mean it is always bad. The greening of recently created deserts land is incredibly exciting technology. Planting trees can be effective.

A company that truly wants to do its bit and authentically live up to the E in ESG might find it can make a bigger impact by investing in energy efficiency. Instead of throwing money at carbon capture, helping households insulate their loft may pay greater C02 emission dividends. (And hey, it is not bad for a company’s brand, either.)

For ESG to be meaningful, it must be authentic. Heavy reliance on carbon capture may be a sign of greenwashing — the swear box that provides an excuse to carry on swearing, the confession box absolving someone of their sins so that they can commit them again.

Beware the business as usual promise provided by CCS; there are alternatives, alternatives that are economically positive but involve change.