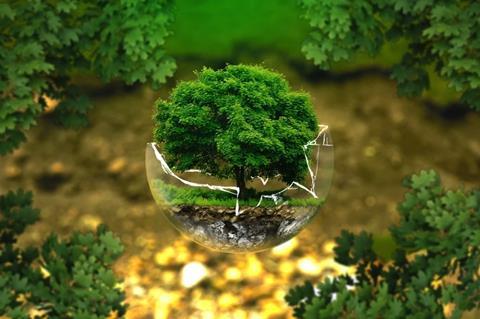 “ESG mismeasurement is endemic; greenwashing is an ESG feature, not an ESG bug,” states this Tweet.

But is that fair? If you don’ like ESG, you will see flaws everywhere. If you believe ESG is the future, you will see challenges that need to be overcome.

Russia is a case in point. Before the invasion of Ukraine, ESG funds did not classify investments connected to Russia as meriting a poor ESG reading. Although, on the other hand, ESG investing often avoids fossil fuels and some forms of mining, which constitute a major part of the Russian economy, so it did represent, by accident, a way to at least partially reduce Russian exposure.

But now, a long disorderly queue of ESG critics has formed, citing Russia to support their critique.

As a rule, I have found the ESG community slow to respond. One exception is this piece by Hortense Bioy, director of sustainable research, Morningstar, where she talks about the different motivations behind ESG investing, and describes three distinct motivations for asset managers to divest from Russia: “Some have divested on ethical grounds, others because of heightened ESG and geopolitical risks, while others have divested because of the economic sanctions imposed by Western governments on Russia.”

As Rachel Foster Jones, Analyst for the Thematic Research at GlobalData, says: “ESG is a complex and wide-reaching subject that is often approached in a piecemeal, reactive manner.”

Transparent may be the key. Hortense Bioy also said that “for the benefit of investors, asset managers should be open about what has guided their decisions to divest or pause.”

On a similar theme, Luke Gowland, another analyst at GlobalData, opines: “Social inequality, corruption, tax avoidance, and climate change are all issues that companies must address head-on, in full public view. While some companies are making concerted efforts to improve their ESG performance across many areas, others are simply paying lip service to the concept of sustainable profits. The market is scrutinising corporate ESG strategies, making greenwashing increasingly difficult.”

And transparency, or lack of it, may partially be the fuel that charges the ESG critique.

The ESG community must ensure this particular fuel is not sustainable, and they can do this with a greeter driver to transparency. In this regard, initiatives such as “The International Sustainability Standards Board” may help.

But the big ESG challenge lies ahead.

Many regions of the global economy are probably heading for a recession. A recent reversion in the yield curve, which occurs when yields on short-term bonds rise above yields on long-term bonds, provides some evidence. But simple economics provides the rationale. People’s non-discretionary disposable income is being squeezed. It will be squeezed further later this year. Consumers will have less money left after spending on must-haves, such as electricity, heating, and food. At a time of rising interest rates, this shortfall, reducing the chances that individuals will bridge the gap with borrowing, will almost certainly lead to a fall in consumer spending on non-essentials. Remember, a recession is a relative thing; it compares GDP over two quarters with the previous quarter. Unemployment might be extremely low in the UK, US and Euro area, but a fall in consumer spending on non-essentials could change that.

In such times, ESG will come under great threat. As a result, some will argue for putting “ESG on hold whilst we focus on survival.”

The temptation to greenwash may become greater as companies struggle to match the need to survive in a recession with long-term priorities.

Then there is China. Its response to the Ukrainian crisis has been ambiguous. As a result, fears mount that sanctions will be imposed against China.

The economic hit will be enormous, but the Chinese economy is also fragile, more fragile perhaps than the West. So it can not afford to suffer sanctions.

How can ESG respond?

It is easy to be wise in hindsight. You can’t seriously criticise ESG for not classifying Russian exposure as bad ESG before the Ukrainian crisis. Few people, investors, shareholders, even employees, would have supported such a move.

You can say ditto for China. It is too soon to reduce ESG scores for exposure to China, but lack of transparency and lack of a plan on how a company could adjust might justify a lower ESG score.

But ESG is not just a Western thing; it draws investors worldwide. Likewise, ESG draws passionate people from around the globe.

ESG advocates work in Russia, China, and countries like India, which have been less critical of Russia.

Is there a risk of a split in the ESG community?

There would be no greenwashing around that?