Governments across the world are looking at setting up Central Bank Digital Currencies as a way of competing with ‘traditional’ cryptocurrencies and improving control. Experienced financial crime investigator Ari Redbold explains how he seeks the future shaping up 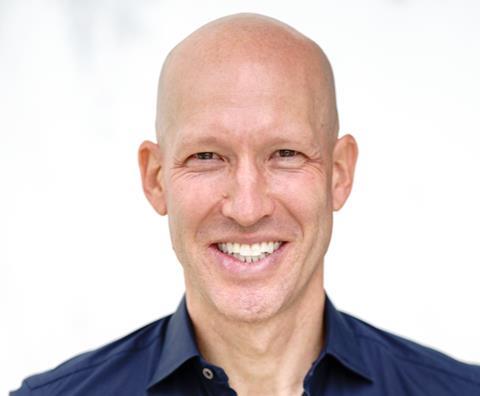 Ari Redbord knows a thing about the sheer multitude of threats to the financial system and to the public posed by criminals.

The American has served as a senior adviser to the Deputy Secretary and Undersecretary for Terrorism and Financial Intelligence at the United States Treasury. He has worked with the Office of Foreign Assets Control (OFAC) and the Financial Crimes Enforcement Network (FinCEN) to use sanctions to protect the financial system from terrorist financers, weapons proliferators, drugs traffickers and more. If that wasn’t enough he previous serves as an Assistant United States Attorney where he investigated and prosecuted terrorism, espionage, threat finance, cryptocurrency, export control, child exploitation and human trafficking cases.

These days Redbord ‘s attention is very firmly focused on countering threats posed by the use of cryptocurrency for illicit purposes. He now works as Head of Legal and Government Affairs for TRM Labs, a company providing advanced blockchain analytics software to governments, financial institutions and other private businesses.

In recent years stablecoins, privately-issued digital currency whose price is pegged to an external benchmark such as fiat currency, have emerged as a product offering less volatility than correlated assets such as ‘traditional’ cryptocurrency exchanges.

“The speed, the pseudo-anonymity, the cross-border value transfer can also be used by illicit actors,”

And now there is growing interest across the world in central bank digital currencies (CBDCs), with the European Commission, and most recently, the United Kingdom, looking into the idea, following China, which is ahead of the curve.

These CBDCs offer the speed of transactions associated with crypto currencies but the price is pegged to the central bank currency, so in many ways they are closer to fiat.

At FinCrome World Forum next month Redbord will be talking about stablecoins and CBDC’s and whether they can offer a safer alternative to the more established, decentralised crytpocurrencies.

Redbord begins by talking about his work at TRM labs, and how his focus is on using blockchain analytics is aimed at providing reassurance by tracing transactions and preventing bad actors from engaging in transactions using cryptocurrency.

“We’re sort of trying to build a trust layer in crypto to make sure that regulators can get comfortable with it and to make sure businesses can feel comfortable engaging in cryptocurrency transactions,” he says.

He says Facebook’s announcement of plans to launch its cryptocurrency Libra (now called Diem) in 2019 was pivotal in persuading government’s they needed to act.

“I think it really sort of caused governments to get more serious about how they wanted to approach and think about digital assets, you had an entity that was really had global scale, billions of users, potentially, I think governments said ‘hey, we have to address this.’”

The issue, says Redbord, is that the very attributes that are attractive to legitimate users of a cryptocurrency are often those that can be exploited most easily by criminals.

“The speed, the pseudo-anonymity, the cross-border value transfer can also be used by illicit actors,” he says,

Seen in this context, suggests Redbord, CBDCs are perhaps a way of allowing customers to benefit from the speed and convenience of digital currencies but without the higher illicit finance risk and instability you arguably can get through cryptocurrencies.

The big question is whether customer opt for CBDCs, or permissionless, decentralised cryptocurrences, that offer more flexibility and privacy.

There is arguably a spectrum with Fiat and CBDCs on one end and decentralised Finance (DeFI) protocols, with their lack of a central exchange and rates set be algorithm, at the other.

So where does Redbord sit?

“I don’ know that I find myself as an evangelist on either side and you know I spent 15 years in the government as a regulator and as a prosecutor and I believe we will eventually thread the needle and have a system where you have digital assets that are stable and tied to a nation state actor but you will also have a decentralised system, where you’re getting services in from DeFi protocols.

“I think this will all sort of coexist in a digital asset ecosystem but this is very early days”.

Such a multi-pronged system would surely through up all kinds of challenges for regulators and compliance officers the world over, and Redbord says its important that governemtns and legsilators set out clear frameworks.

One thing is for sure though, the march towards digital currency is not going away.

“You can’t stop innovation that’s why CBDCs excite me, they are a recognition that digital currencies are the future of money.”

Ari Redbord will be speaking Off the Crypto Rollercoaster: Are stable coins and centralised digital currencies ‘safe’ alternatives? at 3.30pm on 23 June at FinCrime World Forum