Mental health is what we all have; it affects decision making and productivity. Good mental health is good for the balance sheet, and it’s an important part of ESG. 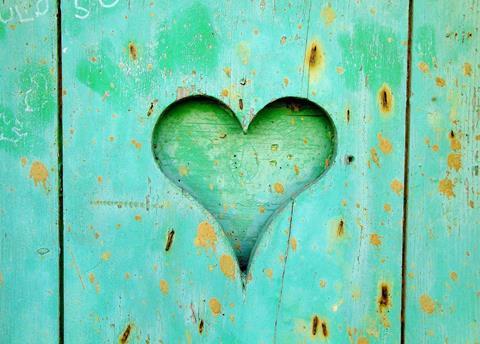 When Sonny Liston stepped into the boxing ring to fight an upstart boxer then called Cassius Clay, he was the out and out favourite. But his opponent wasn’t only a good boxer; he could talk too. They say that his opponent, who later changed his name to Muhammad Ali, so spooked Liston with his pre-fight talk that the then-champion was reduced to a shadow of his normal self.

So was the problem for Liston that his mental health preparation was less than optimal? So does poor mental health explain his defeat, leaving a man who some say was one the greatest heavyweight boxers in history as someone mainly remembered for his defeat by Ali?

Instead: “Mental health is decision making, problem-solving, communications, relationships, managing daily stress (per the WHO definition ‘not just the absence of mental disorder.’”

And the importance of mental health has been understood by those who follow sport since sport was a thing. Odd that the penny has not yet dropped within the business community — although it does appear to be dropping.

“It is defined as a state of well-being in which every individual realises his or her potential, can cope with the normal stresses of life, can work productively and fruitfully, and able to contribute to their community, and it enables sound decision making and informed choices”.

“No mention of depression.”

The correct way to view mental health is that we all have it, and it’s a continuum from thriving, flourishing, blossoming at one end, through managing, coping, surviving to struggling at the other; and then beyond that, being ill and possibly off work, and then long term diagnosis/management, much like physical illnesses, which doesn’t preclude living lives and having jobs.”

→ SEE ALSO: Kindness at the workplace is good for the balance sheet

In 2017, the Stevenson Farmer Thriving at Work Report expressed similar sentiments. But it also highlighted a problem.

The report stated: “Our work has revealed that the UK is facing a mental health challenge at work that is much larger than we had thought. Not only is there a big human cost of poor mental health at work, but there are also knock-on impacts on society, the economy and Government. Employers are losing billions of pounds because employers are less productive, less effective, or off sick.”

It’s odd. Mental health never used to be top of the list of considerations for managers trying to manage staff. Instead, a metaphorical stick to beat them with was more the ticket.

And yet, to return to sport, the idea that people need the motivation to create the right mental health is hardly new.

Footfall coach Alex Ferguson was a master of it. “I used to lie in bed thinking about themes where I could address the players that would make an impact on them,” he states in a documentary.

Ferguson understood; why has business been so slow to follow? And how much has this cost business and the UK economy?

Critics of ESG have this view that it is all about wokeness, about managers come hippies singing Kum Ba Yah, but it’s actually about business, about profits and competitive advantage.

As Sylvia Bruce told me: “We can all fluctuate up/down the continuum, sometimes on a daily/hourly basis. We can all have ‘bad days’; we’re all human, after all. Knowing when they’re something more is key. The unforeseen can happen at any time to us or our loved ones, affecting us. Again, just like physical health!

“Mental health should be considered a people risk, and sit with business, risk management, rather than HR.”

The Stevenson Farmer report stated: “Happily, our research has found green shoots of good practice. Using good practice and evidence where it exists, this review sets out several mental health core standards that can be adopted across all workplaces at little or no cost. We strongly recommend that change be encouraged by increasing employer transparency – not only internally to their employees but also across industries and through the public domain. ”

Its vision included a series of changes that it wants to see over ten years:

Why does it all matter?

“It affects how we turn up; how we are/behave daily.

“If it deteriorates, we are affected with a ripple effect on relationships, communications, confidence, productivity, performance, creativity, resilience, innovation, crisis management and the ability to do our jobs, moreover to do our jobs well.”

“If employees, including leaders, are not fully functioning – known as ‘presenteeism’ – then:

Maybe better mental health would have given Sonny Liston the means to avoid his inglorious defeat. Maybe trying to create good mental health for his players helped Alex Ferguson go down in history as one of the most successful football coaches ever.

And maybe the ‘S’ in ESG needs to bring out mental health more than it does at present— it could be good for the balance sheet.

ESG World Forum is a two-day, in-person event taking plesg world forumace as part of the Digital Trust Europe series. 2021 was widely considered “the year of ESG investing.” Given the importance society has placed on ESG issues following COP26, we are likely to see this growth trend continue throughout 2022.