In 2016 he moved to the Prince’s Trust taking up the role of Chief Security and Risk Officer as well as being appointed as the DPO in 2017. After a successful tenure at The Prince’s Trust during which he introduced both GDPR and Cyber Essentials Plus at the organisation he moved to Save The Children International where he is currently employed as the Global Chief Information Security Officer and Head of Data Protection.

In his spare time Glen is still an active member of the RAF Reserve having completed a number of operational mobilisations most lately within the UK where he was employed on Op RESCRIPT the UK Government response to COVID-19 during which he was a Mobile Testing Unit Commander running testing sites in the East of England.

When he is not doing this he is an advocate for all things Cyber Security and especially getting the basics right, as from the basics comes good security so to that end he has now joined the South East Cyber Resilience Centre as one of its founding board members in September 2020. 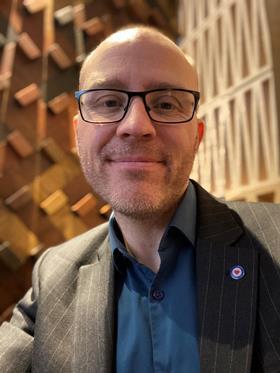