Research Chair in Risk and Resilience, University of Glasgow

Professor Denis Fischbacher-Smith is the Research Chair in Risk and Resilience in the Adam Smith Business School at the University of Glasgow. His main research interests span the main areas of the UK’s policy around resilience and converge around issues of prevention, protection and preparation.

In specific terms, he has interests in the areas of: organisational and community resilience, risk, emergency planning, and crisis management; resilience policy in public management; adverse events in health care/patient safety; complexity and organisational performance (especially around health care organisations and the emergency services); human error and systems failure; and the role of embedded error cost in strategic change. Much of his work has been carried out within the public sector and he has undertaken research with the Police, Fire and Ambulance Services, the Prison Service, and Local Government. His research has been funded by the ESRC, EPSRC, National Patient Safety Agency, and the DTI as well as a number of corporate and public sector organisations. 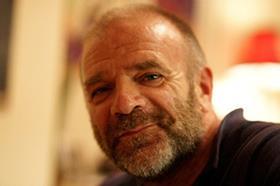 Leading the Change: key attributes for success in continuity & resilience