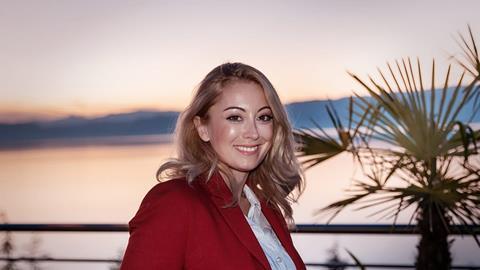 She is Founder and President of Women4Cyber North Macedonia, which operates under the trademark of Women4Cyber Foundation Brussels, directly launched by European Cyber Security Organization.

Ljubica is committed to promoting profound women’s participation in the complex cybersecurity challenges. She has more than 12 years’ experience in privacy and data protection and has served in executive positions at several cybersecurity consultancies, as well as in the telecommunication industry.

Exclusively at PrivSec Global on Tuesday 22 June, Ljubica will be participating in the panel debate: “Women and Diversity in Cybersecurity: Why Are We Still Having this Conversation?”

Prior to her talk, we spoke with Ljubica to hear more about her views on this crucial issue.

How would you sum up the state of diversity in cybersecurity today?

Data shows that diversity is not good when it comes to cybersecurity. Globally, total representation of women in cybersecurity is around 23%, but when it comes to high executive and decision-making positions, the numbers are around 20%, which clearly does not indicate a diverse environment. Unfortunately, half of the available talent is still underrepresented.

Things are progressing in comparison with five or ten years ago, and this has come through awareness-raising campaigns, both on social and business levels, but progress is still slow.

Furthermore, even pre-pandemic the situation was static. While diversity is improving and awareness is rising. We need to look for answers within women’s career paths, not in the early stages of careers in cybersecurity.

What do you feel are the main challenges facing the cyber security industry as it pushes for greater diversity?

I think we need to go back to what’s happening in basic education to understand why women are underrepresented in cybersecurity, and to look at gender stereotypes. When I work with young women, I ask them how they portray someone who works in cybersecurity. They always say that the typical person is male, with a geeky personality, and who’s working with applications or some other software development. They never describe a woman. This shows the gender stereotype exists among the female population.

A further challenge is how companies, even society in general, looks at the corporate culture. The situation is improving – there are a lot of businesses, especially in telecommunications where you can see the benefits of greater involvement of women, and this is helping companies to build more diverse cybersecurity cultures.

Legislative institutions play a key role within promoting greater gender diversity, but companies themselves do too – they have to create the right policies, and they have the money and resources to make an impact on cybersecurity culture.

Raising awareness is always going to be one of the main challenges. We can see the benefits of awareness-raising campaigns only if they are ongoing.

My perception is that we don’t need to work for equality, in terms of gender diversity in cybersecurity, but we need equity first. Equity is a precondition to get to a position of equality. We need a mix of female and male qualities and interests in order to improve the whole situation.

What practical steps can companies take to get more women involved in cybersecurity?

I mentioned the importance of developing a diverse cybersecurity culture, but over more than a decade of working in the sector, I have found mentorship and mentorship programmes as very important.

I think women are more responsive to being given support and may need more role models in order to get involved in a profession, whereas males will usually jump right in. I feel women need more advice and guidance from outside mentors.

When you consider education institutions, even at the highest level, most teachers and mentors are male, so we need to get more female mentors involved, and then we need strong cybersecurity female role models – something we’re lacking greatly. Companies in general need to pick up on this and try to increase female role models and push for more diversity within the corporate culture, not just in cyber.

Gender diversity is not only about gender, but about different kinds of interests, backgrounds and personal qualities.

What will viewers take from your PrivSec Global talk on diversity and inclusion women in cybersecurity?

I will talk about what we need to focus on, both on an individual personal level, and also on the company level, describing what practical action we can take in order to improve diversity.

I will try to inspire companies by illustrating the great benefits that come when they involve more women in cybersecurity, and I will try to follow my personal motto: Inspire and let yourself be inspired.

You can hear Ljubica Pendaroska in the panel debate: “Diversity and inclusion women in cybersecurity, why are we still having this conversation?” at 11am on Tuesday 22 June.

Broadcasting June 22-24, PrivSec Global is a free-to-attend, live-streaming experience that delivers the very latest stories, insight and analysis from the Privacy and Security landscape.