Kindness at the workplace is good for the balance sheet

Bullying is out; shouting doesn’t work, being kind is the best way to motivate staff. Is that right?

There is an S in ESG, and it’s not just about diversity. Kindness matters too. 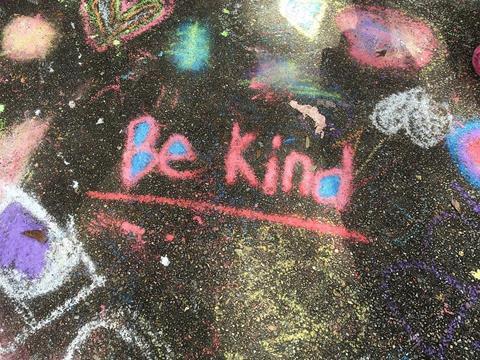 In one of the most popular of all Ted Talks, Dan Pink outlined why financial incentives are not necessarily the best way to motivate staff; instead, they can have the opposite effect.

It flies in the face of traditional economic theory, homo economicus, rational man, who does everything for their self-interest and behaves with perfect rationality.

Businesses tend to ignore the repeated findings from social science that financial incentives are not necessarily the best incentives.

This isn’t to suggest that businesses don’t need to pay staff decent wages. It does not mean that a company can get away with paying the C-Suite executives handsomely or forking how big dividends but paying everyone else a paltry wage.

As the Ultimatum Game demonstrates, people expect to be treated fairly,

This is one insight that relates to ESG; if a company wants to get the best from staff, financial incentives might not be the best way.

So what about the fear of good?

So, if money doesn’t get staff all fired up, what about shouting at them? What about putting the fear of god up them?

Famously, Daniel Kahneman took a look at this very idea in the context of the Israeli Air Force training pilots.

Kahneman argued with a captain responsible for training pilots that praise was more effective than punishment to get the best out of pilots.

“On many occasions, I have praised flight cadets for clean execution of some aerobatic manoeuvre. The next time they try the same manoeuvre, they usually do worse. On the other hand, I have often screamed into a cadet’s earphones for bad execution, and in general, he does better on his next try. So please don’t tell us that reward works and punishment does not because the opposite is the case.”

Kahneman explained the correlation between screaming at pilots and performance in terms of regression to the mean. A pilot who performed poorly on one occasion is simply more likely to perform better the next time.

He then went on to demonstrate the effectiveness of positive reinforcement.

So there you have it. Money doesn’t necessarily motivate staff — providing it is fair, nor does shouting.

So maybe there is another way.

That takes us to kindness at work.

The Random Acts of Kindness Foundation has been researching, and one study found that half of the participants felt stronger and more energetic after helping others.

This article even suggests we can get high — a ‘helpers high’ from helping people, analogous to a drug-induced high.”

What about at work?

So, it turns out that if leaders show empathy to staff, the result is higher productivity. It conjures up the idea of kind managers, as high a kite on the drug called kindness, surrounded by motivated staff, running around working like Trojans with big smiles on their faces.

The result: Among people with highly empathic senior leaders:

But amongst people who say senior managers were with less empathic:

The research also looked at white women and women of colour who feel their life circumstances are respected and valued by their company. Under these circumstances:

Amongst white women and women of colour who do not feel valued and respected:

ESG is about profit and productivity — it just tends to emphasise the long-term. ESG critics think it’s all flowers and/or greenwashing. But it’s also about thinking long-term and looking beyond entrenched business practices.

Being kind at work is good for the balance sheet, and ESG needs to include the ideas in its framework.

Kahneman showed that if pilot trainers were more positive and encouraging, a more effective training programme was achieved.

Maybe it should come as no surprise to learn of similar findings in the workplace.

It seems that being kind doesn’t only give you a high, but it can also create a more motivated and loyal workforce, presumably lifting productivity at work and, in due course, making the share price high (or at least higher).