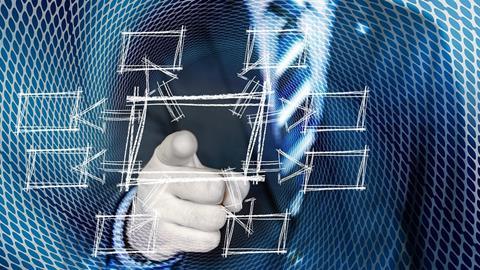 The National Crime Agency is planning a crack down on company formation agents as part of an AML drive. John Binns argues the problems are due to more signficant holes in the UK’s financial crime safety net

A contradiction, or an arms race?

The first is that the UK has some of the strictest anti-money laundering (AML) laws, with strong requirements for regulated-sector businesses and professionals, including those that form companies, to make Suspicious Activity Reports (SARs) and to know your customer (KYC) checks and conduct customer due diligence (CDD), which are underpinned by criminal liability.

The second is that UK companies are a notorious plaything of choice for launderers, helping to layer the proceeds of serious criminality and, just as importantly, to indulge in ‘reputation laundering’ – adding an apparent sheen of respectability to what might otherwise be treated as suspiciously opaque structures.

That unhappy truth was reflected in the recent leak of FinCEN reports (the US equivalent of SARs) by the International Consortium of Investigative Journalists (ICIJ), which included references to the UK being a ‘higher risk’ country for money laundering.

Both of these are genuine trends, and of course, what may seem at first glance like inconsistency may be better viewed as a furious arms race, with the actions of determined launderers driving ever stricter and better-enforced regulation, aimed at the ‘gatekeepers’ of the UK’s financial system.

But the current debate about the role of company formation agents in tightening up the AML system provides a stark illustration of the potential flaws in that picture.

A patchwork of regulation

The starting point is that AML regulation in the UK applies to all businesses that incorporate companies for their customers, although their supervision is characteristically split between accountants’ and lawyers’ professional bodies, the Financial Conduct Authority (FCA) (for firms authorised by it), and HM Revenue and Customs (HMRC) (for the rest).

Concerns about the lack of coordination between supervisors are in the process of being addressed by a new Office for Professional Body AML Supervisors (OPBAS), which is itself housed within the FCA.

The UK government has enabled literally anyone, at home or overseas, to incorporate a company and register its details with Companies House (CH), with next to no checks at all

More importantly, that somewhat confusing patchwork of regulation is, from the perspective of those who wish (legitimately or otherwise) to incorporate a UK company, entirely optional. Keen to ensure that the use of limited liability vehicles for businesses here is as easy as possible, the UK government has hitherto enabled literally anyone, at home or overseas, to incorporate a company and register its details with Companies House (CH), with next to no checks at all.

‘Asking the fox to look after chickens’?

Significantly perhaps, reforms to Companies House to introduce a level of checks were announced very slightly before the FinCEN leaks occurred.

The proposed checks are still very basic – essentially verifying KYC information on companies’ officers and majority owners, or Persons with Significant Control (PSCs) – and do not extend to full Customer Due Diligence, such as checks on sources of funds.

Not long afterwards, the ICIJ and others expressed scepticism about a reported offer from the Association of Company Registration Agents (ACRA) to help with those checks, with one expert calling it ‘like asking the fox to look after the chickens’. But is this really fair?

Certainly, it seems inarguable that some agents have helped and are helping launderers to incorporate companies in the UK, although the extent of the problem, and of their level of knowledge or suspicion, is unclear.

The problems of patchwork supervision, while not unique to this issue, do call for urgent attention from the FCA, HMRC and OPBAS, and require them to work together more effectively.

This may be one reason why visible enforcement of AML laws against such agents is conspicuous by its absence. While the evidence remains so sketchy, however, it is surely unfair to tar ACRA, its members, or agents more broadly, with a generalised suspicion that they may be acting criminally.

The holes in the safety net

More fundamentally, the ability of launderers to bypass agents altogether, and to incorporate companies directly through Companies House, means that AML rules against agents - even if perfectly enforced - would not be enough to resolve this problem.

ACRA is right to highlight the challenge of even the low-level KYC checks that CH is proposing, which will need significant expertise and resources, including from the private sector. But without full CDD – including on beneficial owners, who may not necessarily be PSCs - the CH system will remain a significant hole in the safety net.

The problems of patchwork supervision, while not unique to this issue, do call for urgent attention from the FCA, HMRC and OPBAS, and require them to work together more effectively

This is not an argument for removing or not enforcing AML requirements on agents, which are surely here to stay. But it does illustrate the fundamental redundancy and unfairness of placing blame on agents - certainly at a generalised level, as the ICIJ seems inclined to do - for this problem.

Rather, it is an argument for accepting the reality of the position - that the hole in the safety net is not an inevitable glitch, but a stark and obvious side-effect of the UK government’s preference to keep company incorporations simple.