Advances in renewables accelerated by the war in Ukraine mean that the shift to net-zero is winning. The ESG community needs to tell the world. 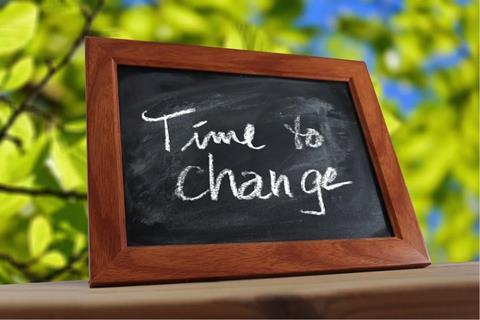 For some reason, the renewables revolution is being underestimated. The world is a scary place right now, more scary than usual. But we are also seeing the best economic/technology news of my lifetime emerging right now.

And we don’t hear enough about it. The ESG community should shout out this extraordinarily good news from the rooftops. If you want to hasten the shift to net-zero, I think the best thing you can do is tell everyone you know about the renewables revolution. The biggest threat to this revolution is an anti-capitalist narrative — that regulators, worried about the NIMBY demographic, thwart the construction of wind and solar farms.

The cost of energy from renewables is falling exponentially.

According to Our World in Data, the cost of electricity from solar has fallen 89 per cent in ten years. This means its cost has halved three times over this period.

Over the same period, the cost of electricity from wind has fallen by around two thirds.

The price of solar modules has declined 99.6 per cent since 1976. This means the cost has halved eight times.

The cost of lithium-ion batteries has fallen 97 per cent since 1991. This means the cost has halved five times in around 30 years.

Now you could argue whether this is exponential. From one point of view, you could say that falling costs of renewables follow a learning rate. For every doubling in capacity, costs fall by a certain amount. On one axis, you are looking at a doubling incapacity; on the other, you are looking at a halving of costs. Therefore this is not exponential, but that is nitpicking. The cost of renewables has been halving every few years, which sounds like exponential to me

But according to famous futurist and AI guru at Alphabet, Ray Kurzweil, we humans don’t get exponential. We might understand it on an intellectual level but not deep down. Nature has hard-wired us to think linearly; he says that if a leopard is running at you, its speed doesn’t change exponentially; and that nothing in our evolutionary past has prepared us for exponential change.

I say this because of this sentence I read in Carbon Brief. “The IEA’s main scenario has 43 per cent more solar output by 2040 than it expected in 2018, partly due to detailed new analysis showing that solar power is 20-50 per cent cheaper than thought.”

Let’s just re-word that because it is such an important point. The International Energy Agency now thinks that solar’s output in 2040 will be 43 per cent more than it estimated just four years ago.

According to renewables expert Auke Hoekstra, every projection made by the IEA on solar PV additions since 2002 has turned out to be way too cautious. For example, in 2018, the output of energy measured in GW from solar PV was almost twenty times greater than the IEA projected it would be when it published forecasts in 2006. And double the level it projected for 2020 in 2013. And yet even in 2018, the IEA continued to underestimate the future growth in solar.

Is this because the energy cost was falling exponentially, making solar exponentially more cost-effective, whilst the IEA was doing what Ray Kurzweil says all humans do and applying the logic of linear thinking?

And it is continuing

According to a recent report from Ember, in 2021, worldwide solar generation increased by 23 per cent and wind by 14 per cent.

The supremacy of renewables

In 2020, the global electricity capacity was 7,172 GW. (7.172 TW). This is expected to double by 2050, but I suspect this projection underestimates the likely take-up of electric transport and heating,

According to the IEA, in 2020, the renewables share of total electricity generation was 29 per cent. It estimates that growth in renewables in 2020 was three per cent on the year before, which may not seem that extraordinary, but this was partially offset by decreasing use of biofuels. The offsetting effect of decreasing the use of biofuels will become less significant as renewables’ share of the market increases.

If the exponential rate of growth in solar and wind continues, and electricity generation from renewables doubles, say, every five years, then within ten years, renewables would account for 100 per cent of global electricity in 2020.

But then, for a short while, on April 29th 2022, solar accounted for a smidgeon less than 100 per cent of California’s electricity.

That had never happened before.

According to this report, solar is now the cheapest form of electricity in history. At least, this is the case with some solar power schemes.

The truth is, energy from wind and solar is becoming cheap. And thanks to exponential falls in cost, it will continue to get cheaper.

Think of it this way: if solar is the cheapest form of electricity in history, consider how cheap it will be in ten years if it falls in cost by 89 per cent as it did over the last ten years.

Take into account the falling cost of renewables when considering the inflation narrative dominating headlines.

Currently, renewables’ share of the energy mix is too small to reverse the inflationary effects caused by supply-chain bottlenecks and rising commodity prices.

But this will change in due course, especially as the take-up of electric vehicles and heat pumps accelerates.

Critics of renewables say that they fall down as a solution because of the intermittent nature of their energy source — wind and sun.

But this argument is losing credibility.

The intermittent nature is being overcome through a combination of factors. These include:

What has the above got to do with ESG?

If ESG cares about net-zero, then the ESG community needs to scream out the extraordinary opportunity renewables represent.

Critics of ESG see it as a bunch of left-leaning tree-huggers, but the reality is that climate change can be defeated, or at least partially defeated, by allowing capitalism to do its stuff. We just need long-term thinking (or maybe just medium-term thinking, after all, we are talking one to three decades here, not that far-off) and for the exponential rate of falling cost and take-up to continue that little bit longer.

Net-zero’s economic cost is exagerted; in fact, it can lead to cheaper energy. This development is implicit in the rationale of ESG and is not fully appreciated by its critics. Just as ESG is a business opportunity, net-zero is an economic opportunity.