An inquiry by a Philippines Commission finds that 47 of the world’s largest polluters are morally and legally liable for climate change? Is this the kind of move the ESG fraternity has been warning about? 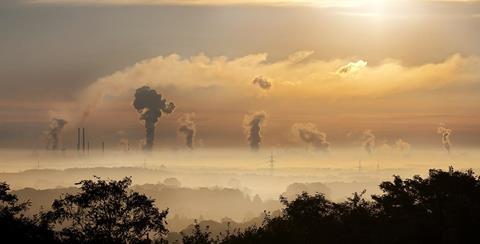 It is not the first of its kind, but maybe it is the most dramatic. ESG advocates talk about carrot and stick. They say opportunities await companies which embrace ESG, but they are not shy to talk about the stick of possible litigation either.

And up to now, in showing how the stick can be wielded, Dutch courts have led the way. For example, one Dutch court concluded that the Dutch state was not doing enough to protect citizens from climate change. And another court from the same country ordered Royal Dutch Shell to reduce its global net carbon emissions by 45 per cent by 2030 relative to 2019 levels.

And the actions by these courts revealed the spectre of potential legal damages for companies deemed not to be doing enough in the fight against climate change.

But of course, tobacco firms pay a lot of tax. They have done so for decades, and it seems that governments were unwilling to destroy an important source of their income.

Maybe we can say ditto for oil companies — unlike the big techs, they pay tax. They also represent an important part of pension portfolios.

If tobacco firms were once seen as akin to geese that laid golden eggs, maybe oil companies have taken on that mantle.

Except, the eggs are turning bad. Climate change is costing lives and will probably cost a lot more, but who knows what its economic consequences will be if it is allowed to run out of control. Maybe that is the difference. Tobacco extracted a human cost, but maybe not a heavy economic cost. Climate change is likely to cost both.

So, whilst big polluters might take comfort in how tobacco firms were treated, that is no guarantee.

But how real is the risk of future litigation?

The Philippines Commission concluded that 47 of the world’s biggest polluters, companies operating in coal, oil, mining and cement, engaged in “wilful obfuscation” of climate science. It also said that they obstructed efforts to move to clean energy.

The Guardian cited Yeb Saño, the executive director of Greenpeace Southeast Asia, saying: “The message is clear: these corporate behemoths cannot continue to transgress human rights and put profit before people and planet.”

But how realistic is the threat of legal action? Arguably, tobacco firms were not fined to anywhere near the extent that their activities warranted. One could say ditto for banks, or at least their executives, for not paying a higher penalty for their activities pre-2008.

Isn’t the lesson of history that companies never do pay the kind of fines, or never are subject to litigation, that their erstwhile activities might have suggested were warranted?

The worm could be turning

But if you see the victims of past corporate greed (people like you and me) as helpless little critters, impotent in the face of corporate excess and short-termism, there is no shortage of lawyers who feel differently.

Maybe the worm (that’s you, me and all the victims of climate change) is turning,

According to a report from Grantham Research Institute on Climate Change and the Environment, published in 2021: “The cumulative number of climate change-related cases has more than doubled since 2015.”

It also said that “cases are targeting a wider variety of private sector and financial actors, and there is more diversity in the arguments being used, incorporating, for example, themes of greenwashing and fiduciary duty. ”

It warned that businesses “need to be aware of litigation risk” and said that “three areas to watch in the future are value chain litigation, cases of government support to the fossil fuel industry (e.g. through subsidies or tax relief), and cases focused on the distribution of the burdens associated with action, which may be classed as ‘just transition’ cases.”

Professor Paul Watchman, special legal advisor at the United Nations Environment Programme, told me that he is seeing “internationalism of lawyers, NGOs, business and legal ideas and models.”

He referred to various actions worldwide, including a case involving the Australian pension fund, Rest.

Rest agreed on a settlement brought by a beneficiary and contributor to the superannuation fund and acknowledged that “climate change could lead to catastrophic economic and social consequences and is an important concern of Rest’s members.”

Rest also acknowledged that it is “important to actively identify and manage” that risk.

In a similar vein, Climate Earth has announced it is taking legal action against Shell’s Board of Directors, alleging that “the directors are mismanaging the risks of climate change through an inadequate energy plan and that this leaves Shell’s long-term commercial viability and competitiveness in danger due to the government’s Net Zero Strategy.”

→ SEE ALSO:   Can Judges Save the World? The Troubled History of ESG and the Fiduciary Duty

It is about risk

Companies have to manage risk. This is well known. Climate change poses a risk to corporations, along with everyone else.

Part of the problem is that corporates have typically been run by individuals who are short termist in their outlook. This is understandable; the CEO of a company might only sit at the top for a few years. They have enough immediate issues to worry about during their tenure without thinking about the consequences of their actions ten, twenty or even thirty years from now.

Maybe, litigators are forcing companies to address these long-term risks.

Warren Buffett once said that his favourite time span to hold a stock is “forever.” It is well understood that successful investing is about long-term thinking; therefore, shareholders should care about the risk posed by climate change to companies in their portfolios.

Executives at companies, who might have traditionally felt climate change was too distant to influence their decisions, are realising that that potential legal action by shareholders and customers is creating risks that affect them directly during their tenure.

The Filipino inquiry illustrates this new risk, and whilst there are many ESG carrots to suggest there is a competitive advantage in adopting ESG with vigour, the stick of potential legal action is looking dangerous.