The latest IPCC report is not all bad; there is some good news and indeed hope lurking within it. It also highlights why ESG is so important, but the IPCC report also illustrates the problem with ESG. 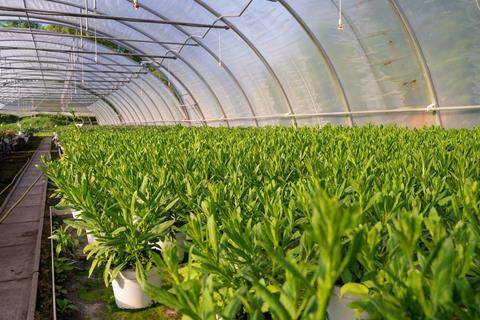 If you are in a hurry and want a quick overview of the latest IPCC report, I have good news and bad news. The good news is that the IPCC has produced a summary for policymakers. The bad news is that even the summary is 64 pages. And here it is:

Carbon Brief has produced a summary of the summary, and that is around 20,000 words. Here it is:

But you can sum up the report in a few sentences.

It looks like we are failing to achieve the target of only seeing average temperatures increase by 1.5 degrees. An increase of three or even four degrees is possible. Such outcomes would be disastrous.

During the last decade, it seems highly likely that greenhouse gas emissions were higher than at any time in human history; the IPCC assigns this as something it has high confidence in.

In the scenarios the report considered, the only way we can limit temperature rises to 1.5 degrees is if global emissions peak by 2025 and are 48 per cent below the 2019 level by 2030, and we reach net zero by the early 2050s.

It seems (with medium confidence) that to stay within 1.5 degrees, total carbon emissions from now on must not exceed the total level in the last decade.

And it also emphasises the dangers of deforestation. Of particular concern is the loss of mangrove forests.

It also talked about the issues with meat, especially beef and lamb.

But the IPCC report emphasised the importance of renewables. It said: “Unit cost reductions in key technologies, notably wind power, solar power, and storage, have increased the economic attractiveness of low-emission energy sector transitions through 2030. Maintaining emission-intensive systems may, in some regions and sectors, be more expensive than transitioning to low-carbon systems. Low-emission energy sector transitions will have multiple co-benefits, including improvements in air quality and health.”

There is opportunity lurking within the report. The falling cost of energy generated from renewables is probably the best economic/technology news of my lifetime.

Just by scaling renewables, we can significantly improve the odds of keeping to 1.5 degrees and, in the process, improve energy security and probably reduce energy costs.

I don’t think there is enough emphasis on this ‘good news.’

The report illustrates why ESG matters.

ESG may have its critics, but what would these critics prefer?

To defeat climate change, or at least mitigate its effects, we need popular support. And popular support won’t be forthcoming to the extent we need it if we shroud the issues in dense reports that very few people have either the time or patience to read.

Much of the ESG critique also lies with ESG itself failing to communicate what it stands for, often hiding behind complexity.

Such complexity opens the door to greenwashing.

The IPCC findings and issues with climate change must be communicated, and the ESG must play its role in this communication.

ESG is an opportunity so is defeating climate change

There is also too much stick, not enough carrot.

The falling cost of renewables can lead to cheaper energy.

Energy efficiency will save households money.

Some of the steps we need to take are actually steps that will help us anyway, even without climate change. This doesn’t just need to be communicated; it needs to be shouted from the top of the tallest trees, assuming there are enough trees left.

Some might argue that with the awful events in Ukraine and fears over an escalation in the crisis, climate change should not be top of our list of concerns.

But many of the steps we need to take to defeat/reduce the impact of climate change also reduce reliance on Russian gas.

But for me, the Ukrainian crisis illustrates why war is a constant danger and wars can escalate. In the longer term, wars caused by resource scarcity pose huge risks. Take, for example, the most important commodity of all, freshwater. Climate change will lead to water shortages. This could become a major problem in China and India; the two countries share the same source for much of their freshwater via the rivers flowing from the Himalayas. Later this century, India and China will probably be the two largest economies globally. That worries me. I worry about potential future conflict over scarce resources, especially water. Reduce the impact of climate change in the long term; we reduce the likelihood of conflict.

And in the battle against climate change, ESG is on the front line.