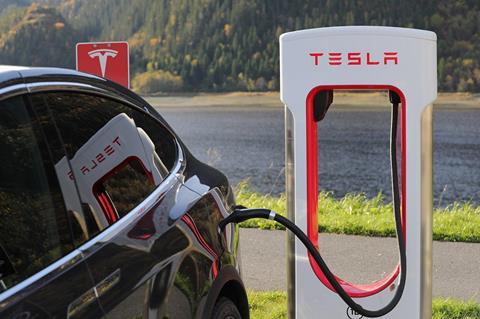 They say that an economist is someone who can put one leg in freezing cold water and the other in boiling water and say: “On average, I feel fine.” That’s the thing about averages; they don’t reflect extremes. Suppose you spend 90 per cent of your time doing good, helping those in need ­­­­– behaving like a veritable saint, but spend the other ten per cent strangling cats. On average, you are a good person, but then not many people would agree that such a description is apt.

And that takes me to Elon Musk. As someone who has set up more than one business myself, I can say that he is my entrepreneurial hero. My admiration for his entrepreneurial talent has no limit.

As someone who has long thought electric vehicles provide a substantial dollop of hope in a world of carbon-emitting cars, I think Tesla is possibly the most important company globally, and Musk is doing more to help humanity defeat climate change than any other person on earth. As a fan of Douglas Adams, I was delighted to hear Musk say that Hitch Hikers Guide to the Galaxy is the book that has influenced him the most. And I see Adamsesque humour in his Tweets and in the way he talks. As someone who, as a student, spent many hours down the pub discussing Douglas Adams jokes, I like that.

But sometimes, Musk does or says something that infuriates me. I felt his attitude to Covid was irresponsible, and I am not sure I would want to work for him.

I suspect that the idea of work-life balance is an alien concept to him. Yet, having watched the entirety of his interviews with Chris Anderson, I kind of found myself liking him — the opposite of a Bond villain. But I find his thinking behind the acquisition of Twitter flawed; his ideas for Twitter, creating total free speech, seem ignorant of the lessons of history.

I don’t dislike the principle of pure free speech or, for that matter, pure democracy, but the dangers are obvious. Groupthink, group polarisation, echo chambers, and the madness of crowds creates a dangerous mix that could destroy civilisation.

Pure democracy and free speech can only be effective in a rules-based system, in which education is of a high standard and diversity is enforced because evidence shows diverse crowds make better decisions.

I always think that the test of wisdom relates to whether you know enough to realise you don’t understand that much! Unless all the people in a town square influencing policymakers understand this point, then that town square can become a powder keg of irresponsibility.

So you see what I mean about Musk — I kind of love and hate him, not sure how I feel on average.

And that takes me to Tesla.

To reiterate, I think Tesla is an incredibly important company, probably doing more to combat climate change than any other company on earth. Yes, electric vehicles may have happened without Tesla, but I suspect their trajectory is five years ahead of where it would have been without the company.

I also happen to be a fan of Tesla as an investment. Sure Tesla shares might crash during the economic and stock market turmoil of 2022, but I believe that Tesla is the 2022 equivalent of Apple or Amazon on the eve of the dotcom crash.

But what about Tesla and ESG.

I might have a love-hate relationship with Musk, but I think the Tesla ESG relationship is just hate and no love at all.

The feelings are mutual. ESG might not like Tesla, but Tesla does not seem overly keen on ESG either.

Tesla’s latest Impact Report states: “Current environmental, social and governance (ESG) reporting does not measure the scope of positive impact on the world. Instead, it focuses on measuring the dollar value of risk/return.

“Individual investors – who entrust their money to ESG funds of large investment institutions – are perhaps unaware that their money can be used to buy shares of companies that make climate change worse, not better.

“An obvious example of this is measuring the impact of the automotive industry. One might think that the more electric vehicles an automaker sells, as a percentage of total volumes, the better its ESG score. However, this is not the case. As long as a company continues to slightly decrease emissions of its manufacturing operations while churning out gas-guzzlers, its ESG ratings are likely to go up.”

It said: “We need to create a system that measures and scrutinises actual positive impact on our planet, so unsuspecting individual investors can choose to support companies that can make and prioritise positive change.”

About risk and investing

It partly boils down to risk; that’s risk from an investor’s point of view. Some see ESG as a way to do good, (indeed, that is the popular perception) others see it as a way to make good investments and reduce risk from exposure to climate change issues.

For this reason, a company like Mcdonald’s has recently seen its MSCI ESG rating improve despite the incredible volume of C02 emissions it is responsible for because MSCI does not consider that climate change poses a threat to the company. At least, that is what this Bloomberg piece suggests.

As it happens, I think it is wrong; I think that the meat industry will undergo a massive level of disruption later this decade (encouraged by climate change issues.) I am personally a fan of cultured meat, but whether this revolution is charged by plant-based substitutes, meat grown from stem cells, or millennials becoming vegetarians, I think the disruption is inevitable, and ESG ratings should reflect this.

But Tesla thinks ESG ratings should consider the impact of activities on climate change.

And that takes me to Impact Investing.

Alix Lebec is the founder and CEO of Lebec Consulting; recently, she told me that “ESG falls into this category of ‘doing no harm.’”

She expanded on that point, saying: “In other words, a lot of investment firms purported to be socially conscious—in fact, the majority of them—focus simply on screening out investments that would be harmful for the environment, perpetuate inequality, and misalign with good business governance and ethical behaviour.”

By contrast, she says Impact Investing relates to investment decisions that are “driven by proactive value creation, innovation, and intentionality—with the aim of supporting both people and the planet,” such that everybody gains.” She says that the above, alongside durable profitably, constitutes Impact Investing.

Maybe these are words and phrases the ESG community needs to take more notice of impact and durable profitability.

Ms Lebec added: “It’s vital we understand that sustainability performance will determine financial performance in the long run. The sooner companies and financial institutions invest in their organisations and stakeholders’ future (e.g., transition to clean energy, efficient water and waste management, and reduced carbon emissions)—and partner with the impact investment managers, non-profits, and social entrepreneurs who are invaluable to meet sustainability goals—the better positioned these businesses will be to last and succeed.”

Instead of emphasising ESG, Tesla talks about impact.