Can Judges Save the World? The Troubled History of ESG and the Fiduciary Duty

Judges may save the world, Professor Paul Watchman says, as he recalls the Freshfields Report, Arthur Scargill, Alex Ferguson, why ESG matters and why he loathes greenwashing. 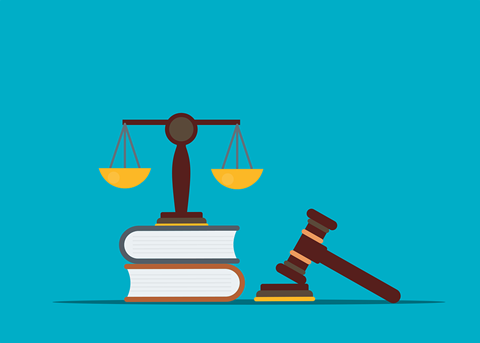 Professor Paul Watchman, a man credited with changing the landscape that underpins ESG, was once told he was “intellectually and physically intimidating.”

“I thought it was a compliment,” Watchman told me, at least until he told his wife about the description given by an occupational psychologist. She changed his perspective, saying: “This isn’t a good thing.”

I didn’t find him that intimidating. But then again, intellect radiated from him; after all, he is Special Legal Advisor to the United Nations Environment Programme (UNEP) — maybe that was a tad intimidating for a non-legal minded interviewer like me.

Paul Watchman had long been considered a leading figure in business and human rights and sustainable finance. But then, ESG is not just about net-zero and sustainability; there is an “S” in it.

“I was also told I don’t say thank you enough,” he said.

So maybe for him, that was a road to Damascus moment.

Paul Clements Hunt, the man who is jointly credited with coming up with the ESG acronym, said the “S” was put in the middle “to stop it from falling off the side.”

“But governance is critical,” said Professor Watchman.  The ‘G’ bit of ESG is not just like the fat book at the end of a row of books that stops the book next to it — the book called ‘social’ — falling over.

“Governance needs to permeate ESG —  it must have good practice and supply chain due diligence,” he said.

A critical moment in the story of ESG came with the publication of The Freshfields Report in 2005, produced for the United Nations Environment Programme (UNEP) by Freshfields Bruckhaus Deringer — for whom Paul was Project Lead.

The report concluded: “Integrating ESG considerations into an investment analysis so as to more reliably predict financial performance is clearly permissible and is arguably required in all jurisdictions.

But to fully understand the significance, we need first to go back and then forward.

It was the 1980s, famous (some might say infamous) Trade Union leader Arthur Scargill, head of the UK’s National Union of Mineworkers (NUM),  led the miner’s strikes — a key episode during Margaret Thatcher’s time as Prime Minister.

The National Coal Board pension fund had £3 billion in assets. NUM wanted the fund to focus its investments in areas that were not competitive with the British coal mining industry, such as South Africa and the oil industry.

Cowen v Scargill refers to a High Court law case between the NUM and JR Cowan, the deputy chairman of the National Coal Board.

The NUM lost the case.

And from that moment, it became an accepted principle that an investment fund must focus on generating the best available return.

In short, that profit is all.

This was the 1980s, when in the UK, British Comedian Harry Enfield created a character called “Loadsamoney.” Then, in 1987, the fictitious Gordon Gekko, played by Michael Douglas in the movie Wall Street, said “Greed is good.”

It was bad news for the ideology of ethical investment.

“In our view…Cowan v Scargill cannot be relied upon to support the single-minded pursuit of profit maximisation, or indeed any general rule governing investment decision-making: it is a narrow case that turns on its own special facts.

“Read carefully; his (Megarry, the judge in Cowen v Scargill) decision stands for an uncontroversial position that trustees must act for the proper purpose of the trust and not for extraneous purposes.

“Megarry himself took the unusual step of revisiting his judgment in print in 1989. He stated it was ‘a dull case’ that would not have been given any attention but for the lack of authority and added that in his opinion, it decided nothing new.

“He explained that Cowan v Scargill did not support the thesis that profit maximisation alone was consistent with the fiduciary duties of a pension fund trustee. However, he has been ignored or misrepresented by those who wish to shun ESG, like the newspaper editor Dutton Peabody, who preferred to print the legend rather than the facts.”

The Freshfields report was an important stage in the acceptance of ESG.

But it took the 2008 crash for the penny to drop, or so Professor Watchman told me.

With the crash of that year, it dawned on policymakers, the public and financial institutions that the reckless pursuit of quarterly profits does not necessarily serve the interests of investors — not in the long term.

Moving forward again — in 2016, the PRI (Principles of Responsible Investment), a UN-supported network of investors, and the UNEP launched “a four-year project to end the debate on whether fiduciary duty is a legitimate barrier to the integration of environmental, social and governance (ESG) issues in investment practice and decision-making.”

Building upon the Freshfields report, it concluded: “Failing to consider all long-term investment value drivers, including ESG issues, is a failure of fiduciary duty”.

It is good stuff, but it is not all good.

Professor Watchman is not so kind or polite when he talks about greenwashing.

He uses a “D” word to describe certain people he accuses of washing their ESG credentials with the colour green — “D” for “Dweeb.”

It is a word he uses for the Davos crowd. Watchman refers to the former British Foreign Secretary David Miliband, who talks about the age of impunity. Miliband said: “Today, 69 of the 100 richest entities in the world are businesses, not governments. You have the power. The question is how you use it.”

ESG, when applied correctly, might enable these powerful businesses to exercise their power with responsibility.

But when he refers to the likes of Mark Carney (former Bank of England Governor), who talks about carbon offsetting, Paul shows signs of the man once called intimidating. “It’s as dodgy as it gets,” he says.

You don’t forgive a murderer because they do a lot of work for charity —I paraphrase Paul.

It is no good pumping carbon dioxide into the atmosphere, or letting raw sewage leak into drinking water, while saying, “It’s OK — I am doing a lot of carbon offsetting.”

Paul refers to a scheme that allows you to use your AMEX card to carbon offset your spending.

“It is like saying when you are in Hell, you can use your card to melt the furnace,” he says.

ESG is winning, says the good professor, but complacency is dangerous.

And that takes us to football.

He draws an analogy with a football team that is leading the match and starts passing the ball around, leaving themselves vulnerable to a comeback from the opposing team.

Paul cites Albert Camus, who once said: “What I know most surely in the long run about morality and obligations, I owe to football.”

Personally, I prefer Bill Shankly’s comment: “Football isn’t a matter of life and death. It is far more important than that.”

But what we can say about football is that coaches have long understood the importance of motivation in creating team spirit, of the S in football management. And as Paul says, it doesn’t matter how good a football player you are. “You are only as good as the weakest player in the team.”

But maybe football is a microcosm of life, joy, horror, passion and cheating; the greenwashing equivalent might be the player who fakes an injury.

Paul Watchman was himself a keen footballer as a youth; he played for Drumchapel Amateurs, a team for whom Alex Ferguson and a long list of football greats once graced the pitch.

Alex Ferguson once said of Paul, “I was a talented winger but fragile.” It seems that on the football pitch, Paul wasn’t intimidating enough.

But if Climate Change doesn’t intimidate you, there may be something wrong with you.

Paul says that we are in injury time in the fight against climate change. We need “Fergie time.” It is said that football referees tended to add a few minutes of injury time when Manchester United, famous for last-second goals, were playing. So, it became known as “Fergie time.”

But then where is the super-sub. the player coming on at the end of the match to score the winning goal just as the referee prepares to blow the whistle?

That’s what we need now.

But at least judges, with their ruling on the broader fiduciary purpose, have helped. Maybe they have even scored the critical goal that may yet save the world.