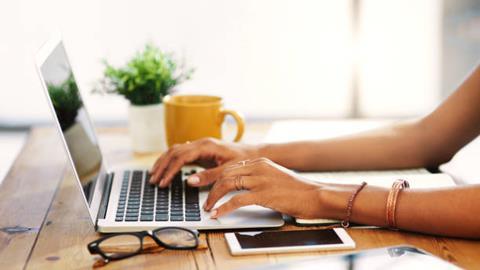 Women need to self promote more

Study reveals that women are more likely to underrate their performance despite being as favourable as equally performing men.

Self promotion is an essential tool required for career progress, whether it be through networking, performance reviews or even within the workplace. When asked to “describe your job performance”, it can be difficult to strike a balance between answering without seeming overly confident or not confident enough. This difficulty becomes even more apparent with women.

A research paper, published in the National Bureau of Economic Research by Christine Exley, assistant professor of business administration at Harvard Business School, and Judd Kessler, associate professor of Business Economics and Public Policy at Wharton, answered the question “Is there a gender gap in self-promotion?”

They found that women tended to rate their job performance lower than men despite both groups having the same average test scores. Where men on average scored themselves 61 out of 100, women scored themselves an underwhelming 46. Even when participants were told that their self evaluation would be used by an employer to determine whether to hire them and how much they should be paid, women still self-promoted less than men.

Exley said that the unwillingness to self promote could be explained by the consequence of societal norms: “If women are more averse to engaging in self-promotion, perhaps because of societal pressures or expectations, a gender gap in self-promotion may follow even when it is against their financial interests.”

Annabelle Williams, author of Why Women Are Poorer Than Men (And What We Can Do About It), explained to the BBC that when women are growing up, they are “penalised socially for boasting or behaving assertively. There are words like ‘diva’, ‘feisty’ and ‘bossy’ that are only really used to describe females, while the same behaviour in men is seen as showing confidence and leadership abilities.”

Part of the issue is due to the lack of female role models in senior positions, especially those that tell others that it is OKAY to celebrate our successes.

Taking pride in your professional accomplishments should not be considered taboo, but rather a normal part of life. Being able to self-promote effectively is an advantage, and by highlighting your skills it can feed into workplace success. If women don’t invest their time in demonstrating their value, they run the risk of not being considered as ‘needed’.

With self-promotion in mind, the Women in Governance, Risk and Compliance Awards is on a mission to honour, celebrate and support women across GRC businesses, champion their peers and help foster the next generation of female leaders.

These awards will showcase the role models, advocates and mentors, as well as inspirational women and companies building and leading in the world of GRC.

2020 was a difficult year for us all, but especially so for women, with research showing the devastating impact the pandemic has had on gender equality in the workplace. The Women in Governance, Risk and Compliance Series is on a mission to bring together the great and the good of Governance, Risk and Compliance to champion, celebrate and support the amazing women across the globe who are changing the way that we live and work.

Do you know an amazing female leader who should enter the Women in Governance, Risk and Compliance Awards? Is that you?