Honorary Professor, School of Law, The University of Glasgow

Paul Watchman has an international reputation as a pioneering lawyer. He was named by Ethical Corporation with Hank Paulson, former United States Secretary of the Treasury, as one of the six most influential global figures in the development of sustainable finance and has been awarded the Thomson Reuters Environmental, Social and Governance (ESG) Leadership Award for Outstanding Contribution to the Development of ESG (Environment Social and Governance) in 2010.

He has been highly influential in the development of policy, business and financial practice, national and international legal norms and voluntary codes and standards. Paul is a recognised authority and thought leader in a number of areas, including business and human rights, sustainable finance (including Equator Principals, corporate responsibility, climate change law and policy and environmental law generally. He has a proven track record as legal counsel advising global businesses and financial institutions, sovereign states, international and multinational organisations, NGOs and other public and private bodies.

Paul has also had a long association with the United Nations (UN) and the Principles of Responsible Investment. He has acted as Legal Counsel and Special Advisor to the United Nations Environment Programme Financial Initiative (UNEPFI) on a number of projects. Paul led the Freshfields pro bono team and was the principal author of the UN report on fiduciary duties. Known generally in the financial and investment sectors as The Freshfields Report, it has been said to be the most downloaded report in UN history. It is also credited with revolutionising market practice on the legality of integrating ESG considerations into the investment decision-making by pension funds and other investment houses.

Paul has made important contributions to civil society through pro bono work and representing the poorest members of society. This has encompassed working for or actively supporting a number of charities and other organisations, including Shelter, Emmaus , ShareAction, Amnesty, Protimos - a charity which supports the development of legal capacity to represent indigenous people in Southern Africa, Business Leaders in Human Rights, TBLI(Triple Bottom Line Initiative) Group, BankTrack and Acclimatise.

He currently works as a consultant on the ESG Advisory Group for The Blended Capital Group (TBCG). He regularly writes and publishes articles for Responsible Investor and lectures for UN EPFI, OECD, UN PRI, TBLI and ABA in all these matters. 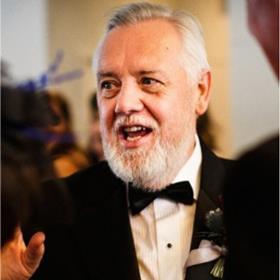 “The Social Responsibility of Business Is to Increase Its Profits”: Was Milton Friedman Right?