Jonathan is an experienced lawyer with a concentration on technology and compliance. His practice includes advising multinational companies on matters involving risk, compliance and technology across Europe. He has handled legal matters in more than 60 countries involving emerging technology, corporate governance, ethics code implementation, reputation, internal investigations, marketing, branding and global privacy policies. Jonathan has counselled a range of clients on breach prevention, mitigation and response. He has also been particularly active in advising multi-national corporations on their response to the UK Bribery Act 2010 and its inter-relationship with the U.S. Foreign Corrupt Practices Act (FCPA).

Jonathan is one of three co-authors of the LexisNexis definitive work on technology law, “Managing Risk: Technology & Communications”. He is a frequent broadcaster for the BBC and other channels and appeared on BBC News 24 as the studio guest on the Walport Review.

In addition to being a lawyer, Jonathan is a Fellow of The Chartered Institute of Marketing. He has spoken at conferences in the U.S., Japan, Canada, China, Brazil, Singapore, Vietnam, the Middle East and across Europe. Jonathan qualified as a lawyer in the UK in 1991 and has focused on technology, risk and governance matters for more than 20 years. In April 2017 Thomson Reuters listed Jonathan as the 6th most influential figure in risk, compliance and fintech in the UK. Jonathan was ranked as the 14th most influential figure in data security worldwide by Onalytica in their 2016 Data Security Top 100 Influencers and Brands Survey. In 2019, Jonathan was the recipient of a Security Serious Unsung Heroes Award for his work in Information Security. In 2020, Jonathan was featured by Onalytica in their Who’s Who in cybersecurity report as one of the world’s top 100 influencers in cybersecurity. 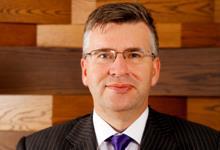 What COVID-19 Has Taught Us About Phishing