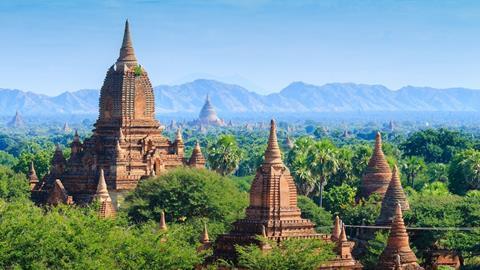 A total of 158 civil society organisations in Myanmar have spoken out against a cyber security bill issued by the military regime which overthrew Aung San Suu Kyi’s democratically elected government.

“The ‘bill’ includes clauses which violate human rights including the rights to freedom of expression, data protection and privacy, and other democratic principles and human rights in the online space,” the groups jointly said in a statement.

The legislation permits government entities to access personal information for security reasons as well as empowers the state to conduct surveillance and shut down any online service.

It would oblige providers to hand over information to authorities and gives the state powers to intervene in cases which threaten the country’s sovereignty and territorial integrity.

It would also require providers to prevent, remove, destroy and cease in a timely manner a range of content on their platforms, including anything that inspires hate, disrupts unity or damages stability or peace as well as any written or verbal statements against the law.

The Asia Internet Coalition, a tech sector body, was quoted by the Financial Times as saying: “The military’s proposed bill grants its leaders unprecedented power to censor citizens and violate their privacy, contravening democratic norms and fundamental rights guaranteed under international law.”

The business newspaper quoted Raman Jit Singh Chima, Asia-Pacific policy director for Access Now which campaigns for internet freedom, as saying: “The fear of digital surveillance and being persecuted for one’s communications and associations online is having a deep chilling effect on many communities – tech developers, journalists and media sector workers, activists and others.”

Legal counsel to Free Expression Myanmar, Oliver Spencer, described the junta’s proposal as significantly worse for privacy and censorship than the current framework.

“If implemented by the military, the ‘law’ will present an existential threat to both telcos and platforms such as Facebook,” he was quoted as saying by Nikkei Asia.

“It gives the military even more power to surveil (sic) and control the internet, including a provision that Myanmar user data must be stored at a place designated by the military, and giving the military full and unfettered access.”

“Such a draconian law would severely limit the freedom of speech and access to the internet. It would go against the values of many foreign investors and would seriously deter foreign investments coming to Myanmar,” he said.

The investor added he fears the regime is looking to adopt a digital regulatory framework akin to China’s or Vietnam’s.

The bill states the aim is to support Myanmar’s digital economy while protecting personal data and preventing cybercrime and other online actions harming national peace and sovereignty.

The bill is based on one drafted by Suu Kyi’s government in 2019, but not enacted.