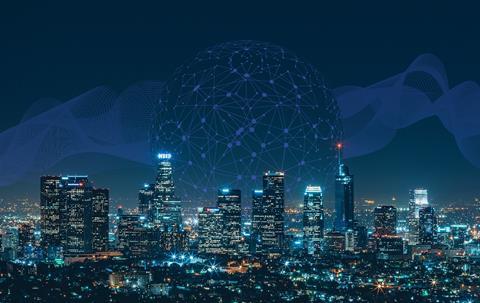 The transition to smart cities is designed to provide more sustainable resources to residents, while improving quality of life, fuelling business innovation, and automating and simplifying network management for IT teams.

Municipalities in Sweden are required by law to provide critical welfare services such as schools, childcare, social services, and elderly care, among others. The departments and institutions that power these services require secure network infrastructures to share information seamlessly and securely.

As a result of the global pandemic, Borås has also worked to roll out new services, such as Wi-Fi connected medical wristbands which allow immediate contact with doctors, real-time heartbeat monitoring, and user location information – making reliable, high-speed Wi-Fi critical for proper care.

The developments are supported by cloud-driven networking company Extreme Networks, in partnership with NetNordic, with the collaboration focusing on reducing the complexity of network management, streamlining operations, lowering maintenance costs and providing visibility into actionable data and insights from network usage to performance.

Borås as a smart city is another example of how integrated 5G, Wi-Fi and delivery of cloud-based networking services can create more visibility and better manage networks across the urban conurbations.

Advanced public Wi-Fi connectivity is one of the key benefits that Borås citizens can expect, thanks to the deployment of around 3,500 Wi-Fi 6 access points to deliver reliable coverage, improved network capacity, and faster data speeds across the city’s services.

As a result, Borås can deliver seamless digital experiences in sectors such as education and healthcare, attracting businesses to the city and supporting rapid economic growth in the region.

Streamlined network management and insightful data capacity is just one of the many advantages on the administrative side of the coin. The city’s IT staff now have full oversight of its network infrastructure, enabling nearly all operations to be accessed and viewed in a single cloud network management solution.

By reducing the complexity of managing the networking infrastructure, the three-person engineering team can scale, manage, and maintain over 3,500 access points and millions of connected devices with ease. Additionally, ExtremeAnalytics™ is enabling the team to optimise the network and leverage insightful usage trends to improve consumer experiences.

“Extreme Networks has been a key partner in helping us to build a smart city that meets the current and future demands of our citizens.

“Borås Stad was struggling to provide its growing population with fast and reliable public Wi-Fi, resulting in connectivity issues that absorbed a lot of the IT teams’ time.

“But with the deployment of ExtremeCloud IQ, Borås Stad has proven that with the right cloud-managed network and solutions, a city can cost-efficiently streamline all networking operations, increase connectivity, and enhance services without complicating its fundamental infrastructure,” Germashev added.

“Borås Stad has now established a strong and functional network to provide the best possible public service benefits for its users,” Germashev continued.