Data from the Solicitors Regulatory Authority (SRA) shows a substantial increase in the number and amount of fines issued to law firms. A look at the data reveals the main cause of the increase: law firms are failing to meet their obligations to detect and prevent money laundering. 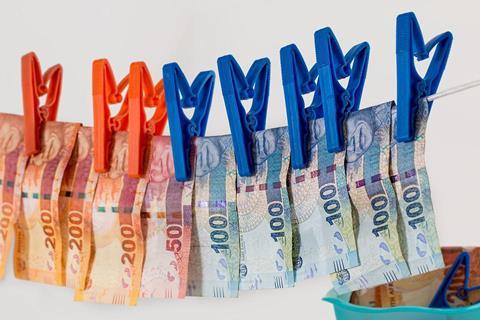 Twenty-three of the 37 fines issued by the SRA in 2021/22 were connected to money laundering.

A spokesperson from the SRA told City A.M. that the increase in fines was connected to an earlier crackdown on law firms’ compliance with anti-money-laundering (AML) rules.

I dug into recent SRA investigation and enforcement activity to figure out why so many law firms have been failing to meet their AML obligations.

Call for AML risk assessments in 2019

A requirement to develop firm-wide AML risk assessments is one area in which solicitors have been falling short.

Since June 2017, certain law firms covered by the UK’s Money Laundering Regulations have been required to implement a written firm-wide risk assessment setting out how they address money-laundering risks.

According to SRA guidance, the regulator called in 400 firms’ risk assessments in 2019 and found “high levels of non-compliance”.

Under the regulations, a firm-wide AML risk assessment must include, among other things, information about the types of clients instructed by the firm, the regions in which the firm operates and the firm’s transactions.

Ten percent of the firms contacted by the SRA failed to send the regulator a relevant risk assessment, instead sending “something else”, according to the SRA’s website.

Furthermore, the SRA found that 38% of the risk assessments it received were dated after the request was made, suggesting that some firms had not been fulfilling their legal obligations until they were contacted by the regulator.

Together with its call for law firms to submit their firm-wide AML risk assessments, the SRA made visits to 74 firms between September 2019 and October 2020 to review their AML policies and practices.

Again, the SRA found issues with many law firms, some of whom were badly failing to meet their AML obligations.

According to the SRA’s report on the visits, 64 percent of firms visited by the regulator required “some form of engagement”, including revising their AML policies or following a compliance plan.

Around 12 percent of the firms visited by the SRA were referred to the AML Investigations Team due to a concern that they may have committed “serious breaches” of AML rules.

The SRA’s report states that in one case, a firm’s money-laundering compliance officer “did not appear to understand their obligations”. A senior member of staff at another firm had “failed to carry out sufficient AML checks on a politically exposed client from a sanctioned jurisdiction.”

The comparatively large total is skewed, however, by a record-breaking fine issued to law firm Mischon de Reya in January 2022.

The SRA issued the £232,500 fine after finding that the law firm had failed to keep records of its due diligence processes, and had enabled a client to pay large sums of money into its account that “did not relate to an underlying legal transaction.”

These transactions were found to amount to “permitting the client account to be used as a banking facility,” contrary to the AML rules governing the use of law firms’ client accounts.

In deciding on a penalty, the SRA found its record-breaking fine to be appropriate due to “serious breaches” of the rules that had the “potential to cause significant harm.”