Data protection and privacy are now widely perceived as business imperatives by global organisations and business leaders, according to the latest data. 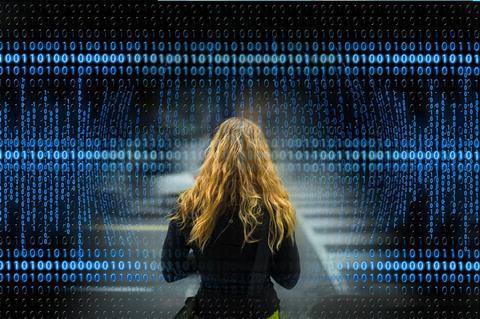 The revelations are the result of Cisco’s 2022 Data Privacy Benchmark Study, an annual global review of privacy corporate practices and the impact that privacy has on organisations across nation states.

Central to the report’s findings, almost all (90%) of organisations surveyed said that privacy is now a mission-critical component for business success, and a crucial aspect of customer trust for data-handling entities around the world. The survey also showed that privacy investment continues to rise and that organisations see a high return on investments from privacy spending.

For the second year in a row, 90% of the respondents said they would not buy from an organisation that does not properly protect its data, and 91% indicated that external privacy certifications are important in their buying process.

“With 94% of organisations saying they are reporting one or more privacy-related metrics to their board, and privacy investment rising with an average budget up 13% there’s no doubt that privacy continues to grow in importance for organisations, regardless of their size or location.

“We also see privacy growing to be part of the vital skills and core responsibilities for security professionals. This year’s study confirmed that aligning privacy with security creates financial and maturity advantages compared to other models,” Jang added.

According to the report, privacy’s ROI remains high for the third straight year, with increased benefits for small to medium size organisations. More than 60% of respondents felt they were getting significant business value from privacy, especially when it comes to reducing sales delays, mitigating losses from data breaches, enabling innovation, achieving efficiency, building trust with customers, and making their company more attractive.

Respondents estimated their ROI to be 1.8 times spending on average. While this continues to be very attractive, it is slightly less than last year (1.9 times spending). This could be due to ongoing needs in responding to the pandemic, adapting to new legislation, uncertainty over international data transfers, and increasing requests for data localisation.

The findings also suggest that privacy legislation is being well received globally, despite the rising costs and significant effort associated with compliance, such as cataloguing data, maintaining records of processing activities, implementing controls – privacy by design, and responding to user requests.

As governments and organisations continue to demand further data protection, they are putting in place data localisation requirements. Ninety-two percent of survey respondents said this has become an important issue for their organisations. But it comes at a price – across all geographies, 88% said that localisation requirements are adding significant cost to their operation.

When it comes to using data, 92% of survey respondents recognised that their organisation has a responsibility to only use data in a responsible manner. And nearly as many (87%) believed they already have processes in place to ensure automated decision-making is done in accordance with customer expectations.

However, Cisco’s 2021 Consumer Privacy Survey showed many individuals want more transparency and 56% are concerned about the use of data in AI and automated decision-making. Almost half (46%) of surveyed consumers felt they cannot adequately protect their data, chiefly because they do not understand what organisations are collecting and doing with their data.

“Cisco is committed to data privacy, including governance of emergent technologies such as artificial intelligence. We’re publishing the Responsible AI Framework as part of Cisco’s commitment to transparency and adaptability by establishing a governance process and concrete working practices for our development teams, including vital communication channels with our customers and constituencies. The framework defines clear principles in alignment with the values of our customers.”