‘AML is the least effective anti-crime measure anywhere, ever’

Outcomes scientist Dr Ron Pol has been ruffling feathers with his strong criticism of current anti money laundering (AML) frameworks. Ahead of his appearance at FinCrime World Forum next month, he argues current thinking is not working because it has no basis in effectiveness and outcomes science. 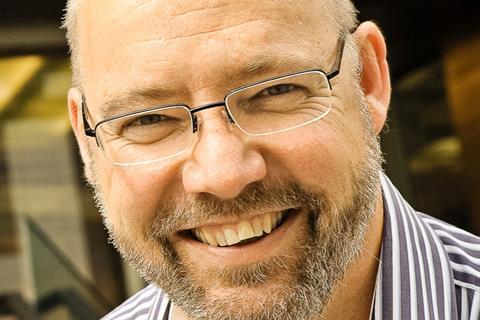 Dr Ron Pol does not hold back when describing his view of current thinking behind tackling financial crime globally.

“Between 2010 and 2012 we had this huge amount of talk about effectiveness, this was locked in for another decade which is where we are now…it was almost completely unmitigated nonsense, there was little or no connection with the science of policy effectiveness and outcomes” says Dr Pol.

As the AML community again debates the effectiveness question, Dr Pol is very slightly more optimistic., saying “for the first time there appears to be genuine interest in what effectiveness really means”. However he stresses that 95% of debate is still “nonsense” and is about “selling solutions that are supposedly going to solve everything.”

Dr Pol strongly believes the AML regulatory thinking has been going down the wrong path for the last 30 years and he will outline his criticism at FinCrime World Forum next month. He is currently working on a book that he believes will indicate pathways to better outcomes, reducing the social and economic harm caused by serious crime, while at the same time cutting regulatory and compliance costs.

So what is the problem, as Dr Pol sees it? After all, regulation of money laundering and counter terrorism financing is tightening in jurisdictions across the world, while new technology and partnership working is leading many to be optimistic about the future.

In simple terms, Dr Pol believes we are currently measuring the wrong stuff.

He explains that in outcomes science, you define ‘inputs’ (resources, such as money or labour), ‘outputs’ (what is produced) and ‘outcomes’ (the actual result of the activity),

“The trouble with the system we’ve currently got, is that we have labelled things that are effort, activities and outputs as ‘outcomes’, says Dr Pol.

“Now, calling them outcomes doesn’t make them outcomes. All it does is cause vast amounts of effort, and activity to continue happening. And we convince ourselves we’re having an impact on whatever the appropriate outcome is and that’s a key issue.”

Dr Pol believes the link between ‘outputs’, such as creating more alerts to try and stop money laundering, and ‘outcomes’ such as reducing the impact crime, is assumed to be there but is not actually measured.

“Then you’ve got vast amounts of effort and activity and cost. But you’re not even measuring whether it’s having an impact or not, you just assume it has an impact,” says Dr Pol.

Interestingly Dr Pol says his preferred end goal, or ‘outcome’ that should be measured is not crime rates, but the reduction in harm.

He criticises what he sees as “siloed thinking” which has its roots in the way the Financial Action Task Force was set up.

All of this is all well and good, and fresh thinking will be welcomed by many, but equally there may be some in the AML sector who bristle at an academic with no practitioner experience tearing into established anti financial crime orthodoxy.

“I’m just about the only one doing practice”

Dr Pol says the idea that academics deal in abstract theory and practitioners deal in the ‘here and now’ is actually the other way around, in anti-money laundering at least.

He says: “Outcomes science is all about how we achieve the outcomes we want to achieve,  whereas the whole AML edifice is based on theories.

“It’s based on the assumption for example that if banks and other firms comply with rules based on standards that should have an impact on crime. Okay, great theory. Does it work? Well, we don’t measure that at all.”

Dr Pol says the “entire edifice” of AML is based solely on a theory. “I’m just about the only one doing practice”, he says.

These are quite big claims and there will doubtless be many, not least in the audience at FinCrime World Forum, who will be keen to see what alternative solutions or approaches Dr Pol will suggest, following his strong criticism of current methods.

However, anybody hoping Dr Pol will offer a simple solution at this stage will be disappointed.

He is wary of ‘magic bullets’ or wonder solutions that can solve the problem and urges us all to wait for his book.

“And so that to me is where it’s at and I think I know, sort of how to build that plant, and how to produce it so that we actually start achieving those objectives”.

Dr Pol has spent eight years drilling down into the complexity of effectiveness in anti-money laundering and is now working on a detailed approach for change based on outcomes science principles and he insists this makes him different to other thought leaders in AML, not least his fellow panellists at FinCrime World Forum.

“You ask any one of the people on that panel for example, they’ll come up with a solution, they have all got them, but I’m quite different”, he says.

You can certainly say that again.