General Motors has announced a new pledge to power three automotive plants in the US with clean energy, as part of the company’s drive to meet more stringent ESG standards amid the growing climate crisis. 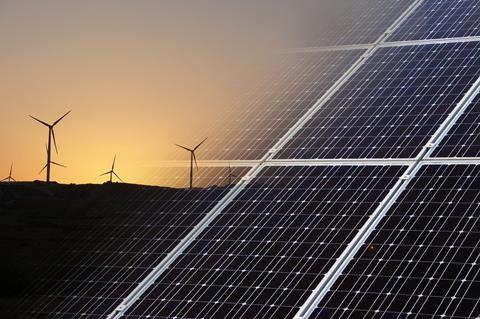 The announcement comes as the result of a new partnership between General Motors and Consumers Energy which will help bring about a more eco-conscious building of next generation vehicles in car plants in Flint, Burton, and Wyoming in the Great Lakes State.

“We’re thrilled to see General Motors pledge to use 100% clean energy that Consumers Energy will provide, highlighting our shared commitment to our state’s prosperity and protecting the planet.

“General Motors is committed to combatting climate change and transforming the communities where we work and live by striving toward zero crashes, zero emissions, and zero congestion.

“Procuring renewable energy is key to accomplishing these goals. Our collaboration with Consumers Energy brings us closer to our target of sourcing 100% renewable energy in the US by 2025 and will advance our local Michigan communities’ transition to a clean grid,” Threlkeld added.

GM has made a 20-year agreement with Consumers Energy to use clean energy at its Flint Assembly Plant, Parts Processing Centre in Burton and GM Components Holdings Plant in Wyoming. The commitment supports roughly 70 megawatts of emission-free renewable energy in Michigan.

That figure is equivalent to greenhouse gas emissions produced by 51,000 cars, according to US Environmental Protection Agency calculations. Consumers Energy and GM started partnering on clean energy projects in 2018.

Consumers Energy is working to protect the planet, with a Clean Energy Plan to close all of its coal-fired plants by 2025 and become carbon neutral by 2040, at which point the energy provider will meet 90% of its energy needs with clean energy sources such as wind and solar. Commitments by GM and other businesses are due to accelerate that plan, experts say.

“GM promised just last week that Michigan will be the nation’s hub for electric vehicle manufacturing. Now, we know the next generation of Michigan-made vehicles also will be made with clean energy,” Rochow continued.

Consumers Energy’s Renewable Energy Program is currently providing US businesses with a flexible way to take advantage of solar and wind energy to achieve their sustainability goals and protect the planet for future generations.

Their enrolment not only promises to advance greening Michigan’s grid, but also looks set to supports Michigan jobs created through building and operating renewable energy projects.