Failure to embrace ESG could cost US economy $14.5 trillion by 2070

According to a new report published by the Deloitte Economics Institute, the United States economy could gain $3 trillion if it rapidly decarbonizes over the next 50 years and plots a path guided an ESG-first mindset. 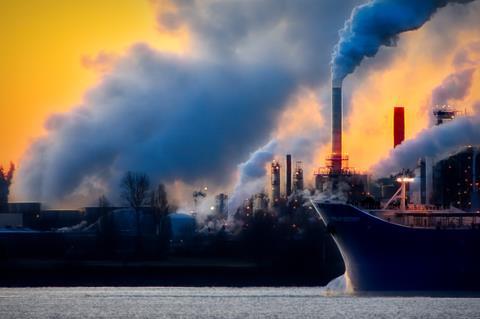 This once-in-a-generation transformation could add nearly 1 million more jobs to the US economy by 2070, according to the report, ”The Turning Point: A new economic climate in the United States.”

“The Deloitte Economics Institute Turning Point report makes the case for another industrial revolution in the US—one built on low-emissions growth—to avoid significant losses from the climate crisis and to create a more dynamic, prosperous economy for the US.

“The analysis shows that the battle to slow climate change is not only an aspirational goal, but an economic imperative for the US,” Rose added.

If global warming reaches around 3°C toward the century’s end, Deloitte’s analysis indicates that economic damages would grow and compound, affecting every industry and region in the country. This would make it harder for people to live and work due to heat stress, rising sea levels, damaged infrastructure and reduced agricultural productivity.

Deloitte’s analysis shows that insufficient action on climate change could cost the US economy $14.5 trillion in the next 50 years. A loss of this scale is equivalent to nearly 4% of GDP or $1.5 trillion in 2070 alone. And over the next 50 years, nearly 900,000 jobs could disappear each year due to climate damage.

“If the U.S. chooses to adopt an ambitious, holistic path towards decarbonization it could see net economic gains by 2048. Every region of the country would benefit economically.”

Transitioning to a low-emissions economy would require the US to accelerate investments in clean energy systems and a new mix of technologies that span across industries. New jobs would be created by the rapid expansion of manufacturing and private sector services. Other jobs—and entirely new kinds of work—would be created by expansion in clean energy sectors such as renewable energy and green hydrogen. And, according Deloitte’s research, the regions hardest hit by unchecked climate change would have the most to gain.

“The analysis demonstrates that we have a narrow window of time—the next decade—to make the bold decisions needed to change our climate trajectory and reach a turning point. The decisions made by governments, businesses and communities would reinforce our early progress and could unlock extraordinary economic possibilities for the US,” Rose added.

The report sets out a scenario with four key stages for the US climate transition:

The US has the technology, capital, infrastructure and skilled labour needed to make this transition possible and at the least cost. As governments and industries invest in low-emissions growth, the U.S. economy could experience extraordinary gains in a single generation.