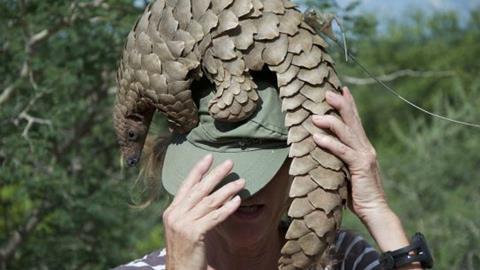 High profits and the perceived low risk of being caught makes the illegal wildlife trade attractive to criminals. Paula Krulicki of ManchesterCF explains how anti-money laundering teams should investigate the problem.

Wildlife crime affects almost all countries and jurisdictions as either a source, transit or destination for illicit wildlife products.

To some degree this is achieved by criminal networks that exploit the confusion and ignorance of otherwise competent authorities. The global nature of transnational organised crime can make it difficult for law enforcement to chase down and convict criminals.

By examining wildlife trafficking through a financial intelligence lens, compliance staff at financial institutions will be able to report on the transactions of some of these bad actors and slow the pace of this type of crime.

In 2016, the United Nations (UN) estimated that the annual value of the illegal wildlife trade (IWT) is between USD7 and 23 billion.

Given the high potential profits and relatively low risks, transnational organised crime (TOC) groups are attracted to wildlife crime and are often key participants in the IWT supply chains.

With the amount and variety of players involved, it might appear that these supply chains are entirely managed by highly-structured-criminal networks.

Although aspects of these supply chains do rely on tightly-organised groups, especially where logistics to, through and from transit hubs are concerned, less criminal professionalism is evident at either end of the chains where individual poachers or customers are involved.

In many cases, the poacher setting the traps may only be making pennies a day, while the exporter sitting in the office mapping out logistics routes, from harvesting the illicit byproduct through to export, is likely making a huge profit:

Many who participate in illegal poaching and trade of wildlife products depend on ignorance of authorities all along the supply chain route.

Can a long ivory tusk packaged in a crate be distinguished from an artisan-crafted table leg? Can the butchered meat of a pangolin be easily identified from that of a goat?

Criminals find ways to integrate these products into legitimate business flows. They produce fraudulent permits or certificates that indicate to over-worked or under-trained authorities that the products in their containers are all legally harvested or exported.

Financial institutions can play a significant role in detection, though. In many countries, reporting suspicious transactions is a requirement. Thus, the more AML compliance staff know about the illegal wildlife trade, the more they’ll be able to discern transactions that may be unusual or suspicious.

The Royal United Services Institute (RUSI), in its consultancy paper, “Follow the Money”, provides a series of recommendations on how financial investigations can be deployed in cases specifically related to wildlife crime with the goal of disrupting illegal wildlife trafficking networks. Some of RUSI’s recommendations include:

Tools already exist within financial institutions that can be applied to detection of this type of crime. Applying know your customer (KYC) principles remains of the utmost importance:

Ultimately, the illegal trade in wildlife is inextricably intertwined with financial crime. For detection to be possible, financial intelligence staff must first understand basic components of this crime. When suspicious indicators arise, taking a “follow the money” approach to the proceeds of wildlife trafficking will help staff identify, report and potentially disrupt the broader criminal support networks that profit from the commission of this crime.

Financial Intelligence for the Illegal Trade of Wildlife, published by ManchesterCF, is available now.