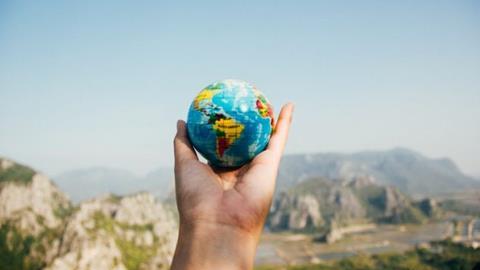 At the end of last year, the EU accounted for around 15% of the world’s trade in goods. Under GDPR, any organisation that processes data relating to any individual, not only in the EU but in the economic area, must adhere to the rules that make up GDPR.

The EU’s global clout is forcing companies around the world to review their privacy arrangements. And some countries and regions are following in their wake.

There is another issue. Thanks in part to the Facebook/Cambridge Analytica saga, and before that the Snowdon leaks, the world is waking up to the dangers of how modern technology can erode our privacy. GDPR has set a high benchmark, citizens around the world are calling for more protection and some countries are following.

It is possible that we will see a kind of domino effect. That as one country adopts a GDPR type framework, so to will others: countries falling for a European style privacy framework, one at a time. A country that trades a great deal with the EU may simply find it easier to adopt its own GDPR style regulation – in this way it may spread out: like a benevolent contagion.

As GDPR itself states: privacy is a human right

In Brazil, for example, the influence of GDPR is clear; Brazil’s new regulation even has a similar name: the General Data Protection Law, or GDPL. But the list of similarities are quite extensive: for example, cross-border jurisdiction, a risk-based system, a right to be forgotten and the right to access data, a requirement to notify data breaches; and requirements to appoint data protection officers, under certain conditions.

On the other hand, some countries may have a quite different attitude towards privacy. Take China, as another example. While its Cyber Security Law has similarities with GDPR. It does require the Chinese government to produce a written assessment before transferring data and has a certain ambiguity that has similarities with GDPR regulations concerning legitimate interests. But the overall intention is quite different: China’s social credit system, for example, seems to be the antithesis of what GDPR stands for.

This takes us to a wider point. If AI is the driver of the so-called fourth industrial revolution, then AI needs data. The danger is that in countries where data is more easily accessible, AI is given greater opportunity to evolve. Maybe then, China and other countries that ride roughshod over the human right to privacy will be at an economic advantage – and become a force pushing upwards on the dominos.

The counter argument is that neither business nor society can function without trust, and eventually countries that create this trust with people concerning their privacy may be at an advantage.

In the battle between the privacy rich and privacy poor countries we see the EU, Brazil, and Japan on one side. China on the other. The US seems to be in the middle.

California is apparently moving towards GDPR, although the California Consumer Privacy Act is softer than the EU regulation, it is similar. But the Californian privacy law is controversial. Recently a number of trade associations wrote to Californian lawmakers asking for the rules to be watered down.  The influence of GDPR is clear, but it is not certain that the final rule will resemble GDPR to that great an extent. For those following the big techs, it leaves a puzzle. On the one hand, many of them say they support GDPR and the privacy of their customers is paramount, on the other hand, some are objecting to the Californian legislation.

And while some US states are adopting some privacy and cyber security laws, the response from the US government is quite different. The US Commerce Secretary Wilbur Ross said that GDPR is a threat to trade between the US and EU.

In Japan the Act on the Protection of Personal Information was amended in May 2017, and in a recent meeting between Commissioner Haruhi Kumazawa of Japan and Commissioner Věra Jourová of EU, a joint communique was released saying that the two countries were moving to a position such that Japan that an adequacy agreement will be in place.

In Canada, The Personal Information Protection and Electronic Documents Act, known as PIPEDA, falls way short of GDPR. In fact, considering that Privacy by Design was invented in Canada and that many of the world’s leading privacy experts are Canadian, it is quite surprising how far short it falls.  There are voluntary standards in Canada, and indeed some Canadian companies set the highest of examples in their approach over privacy, but there is a question markover Canadian privacy regulation being sufficient. But PIPEDA is being amended later this year.

South Africa has its POPI (South Africa’s Protection of Personal Information Act). New Zealand and Australia may be moving towards European style regulation.

Maybe though, not enough dominos have yet fallen to say that the human right to privacy is winning the global battle.