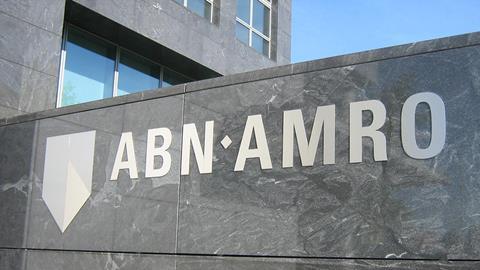 The Netherlands Public Prosecution Service (NPPS) said an investigation has revealed that over a number of years, ABN AMRO “fell seriously short” of compliance with the Anti Money Laundering/Counter Terrorism Financing Act.

It said: “Various clients engaged in criminal activities were able to abuse bank accounts and services of ABN AMRO for a long time.

“According to the NPPS, ABN AMRO should have observed that certain flows of money through bank accounts held at ABN AMRO possibly originated from crime.”

NPPS also revealed that three former board members of ABN Amro have been identified as suspects in the criminal investigation. Chris Vogelzan, who was on the ABN Amro’s managing board between 2009 and 2016, this week resigned as chief executive of Danske Bank after being named as a suspect.

The NPPC said the investigation found ABN Amro in several business lines did not properly conduct due diligence, assigning risk classifications in an “incorrect manner” and failing to comply with key provisions in AML legislation “in respect of around 5.5 million mass retail clients.”

“The clients from the mass retail group were in fact classified in the lowest risk category ‘00 neutral’, on the basis of an automated analysis of identity data - in other words without adequate risk analysis - which means that for these clients, ABN AMRO structurally failed to carry out client due diligence in sufficient depth,” it said.

In one case, a client who had been allocated the lowest risk classification, opened 192 bank accounts with ABN Amro for 49 companies between 2014 and 2018. The accounts were mostly inactive and the client committed fiscal fraud.

The expected use of cash by clients was also not taken into account when determining the risk profile of clients.

“By not performing periodic reviews of clients, ABN AMRO ran the risk of not detecting information that had been incorrectly submitted and/or of not timely becoming aware of changes relating to the client or its activities, which could potentially influence the client’s risk assessment and risk classification,” it said.

ABN Amro was also found to have fallen short in processing alerts generated by its transaction monitoring system.

“The transaction monitoring system structurally generated more alerts than the staff were able to handle. As a result, for several years ABN AMRO struggled with a backlog in handling alerts”, the NPPS said. “There were several instances of late reporting to the FIU.”

The NPPS said the bank “did not terminate or did not timely terminate relationships with clients with an ‘unacceptable’ risk classification, or that clients that had been exited were nonetheless able to become clients”.

The NPPS said ABN Amro should have reasonably suspected that certain money flows originated from crime, and received various signals, including unusual transactions, unclear statements regarding the origin of funds, money laundering signals with regard to clients from public sources, alerts from the transaction monitoring system and high cash deposits.

“ABN AMRO repeatedly proved unable to effectively combine these signals and to respond upon them adequately,” NPPS said. It added these circumstances lead to the accusation culpable money laundering by ABN Amro.

ABN Amro has agreed to pay €480 million in total, made up of a €300 million fine and €180 million to cover the costs NPPS calculates ABN Amro saved in resourcing costs by not following AML/CTF legislation properly.

In a statement ABN Amro said it had already identified shortcomings in its client life cycle processes and had prioritised remediation and enhancement programmes in each of its business lines.

However, said it recognises that improvement programmes had not “always had the desired effect”. It said it decided to centralise its execution of its client life-cycle processes in October 2018, setting up a “Detecting Financial Crime (DFC) programme and making substantial additional (financial) resources available for investments in staff, systems and processes”, which is expected to complete by the end of 2022.

It said it has increased its client life cycle staff to 3,800 positions, around a fifth of the work force.

“The bank is convinced that its current approach is the right way to systematically remediate shortcomings across the bank, and to embed this remediation in its day-to-day operations”, it said.

Robert Swaak, Chief Executive of ABN Amro, said: “This settlement marks the end of a painful and disappointing episode for ABN AMRO. The lessons we have learned from this experience drive us in our continued effort as gatekeepers to achieve a safer society and a financial system that meets the highest standards of integrity.”

NPPS has published the following examples of AML/CTF failures by ABN Amro:

1.One client of ABN AMRO, who had been allocated the lowest risk classification, had opened a total of 192 bank accounts with ABN AMRO for 49 of their companies, between 2014 and 2018. These accounts were mostly inactive. This client committed fiscal fraud, receiving almost EUR 200,000 from the Tax Authorities on its business accounts.

“Despite the various signals and doubts that existed within ABN AMRO regarding this client, the risk classification remained low,” said NPPS and the bank did not report unusual transactions to the FIU until the start of the criminal investigation into the client.

2. Another client of ABN AMRO, also with a low-risk classification, was employed in the financial department of a wholesaler. The client had a gambling addiction, had debts, and his account was constantly overdrawn. ABN AMRO was aware of these problems.

The client adjusted the details of the funds of his employer’s debtors, which resulted in these funds being transferred to his own bank account at ABN AMRO. Over a nine-month period, more than €4.3 million was transferred to the personal bank account of the client. That money was then almost entirely spent gambling away.

“ABN AMRO hardly performed client due diligence on this client, the client file turned out to be incomplete and the deviations from the usual transaction pattern did not generate any alerts in the transaction monitoring system,” said NPPS.

3. In the period 2010 through to 2017, payments passed via two companies totalling several tens of millions. A corruption case in which these companies were supposedly involved was widely covered in national and international media since 2015.

“Nonetheless, it took ABN AMRO until March 2019 to first report to the FIU. It was also found that there were shortcomings in the client due diligence regarding these two companies,” said NPPS.

4, Another Dutch company had been a client of ABN AMRO since April 2016 and was given a low risk classification. This company is suspected of being involved in international VAT carrousel fraud, and the Dutch company’s bank account at ABN AMRO had been credited mainly by other international industry-related companies since 2016. For example, between September 2016 and August 2018 in total almost €17.5 million was withdrawn from the bank account, with 17 bankcards.

“ABN AMRO first reported an unusual transaction. On 5 November 2016, the FIU then classified these transactions as suspicious, and duly informed ABN AMRO. This information did not prompt ABN AMRO perform event driven reviews and/or to adjust the risk profile of the company. In the subsequent period, ABN AMRO did not report unusual transactions either.”

5. From another client it emerged that since 1995, this person had been known within ABN AMRO to be involved in fraud. In 2014, the client was able to open a bank account with ABN AMRO again and was assigned a low-risk classification.

Over €2.2 million was transferred through the bank accounts of the private limited liability companies of this client and the transactions on the bank accounts of the companies did not fit the business activities as registered with the Chamber of Commerce. In addition, cash deposits were made in €500 notes - the use of €500 notes is an indicator for money laundering. The client is suspected by the police and the NPPS of involvement in money laundering for criminal groups related to drug crime, involving the use of among other things the accounts of his companies at ABN AMRO.