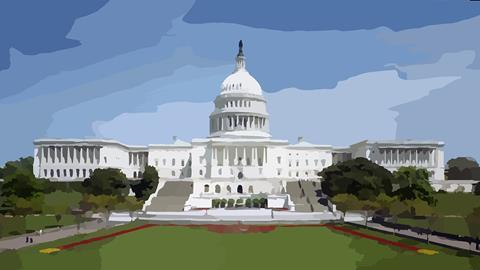 US Congress looks set to to overhaul anti-money laundering legislation, implementing a requirement for companies to register their true owners for the first time

US Congress looks set to to overhaul anti-money laundering legislation, implementing a requirement for companies to register their true owners for the first time.

Lawmakers in both parties have agreed to include the Anti Money Laundering Act in the Department of National Defense Authorization Bill, which could be voted on as early as this week. The AML provisions were officially included in the bill which was published on Thursday.

The bill includes a long-called-for measure to require owners of companies to hand their details to a new registry operated by the Treasury. Details of the companies would not be public, as they are in the UK and other European countries, but they would be accessible to law enforcement agencies.

Jim Richards, founder of Reg Tech Consulting, said however the fact that agencies can only access the information with the company’s consent means it is useful for “onboarding due diligence, not investigations”

The bill also includes measures to strengthen FinCEN’s finances and scope and to improve international co-operation between Financial Intelligence Units.

Suspicious Activity Reporting would be reformed so that law enforcement agencies are required to provide feedback on the usefulness of SARs. The SARs and Currency Transaction Reports system would be also “streamlined”.  This follows major criticism of the system after the leak of the “FinCEN Files” in September

Richards said: “We haven’t seen foundational changes like this since the Patriot Act in 2001”