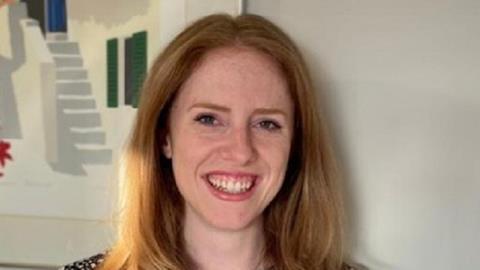 The skills needed in the FinCrime team of the future

When hiring somebody to work in financial crime compliance, is it better to hire specialists who are skilled in specific crime types? Or should you go for generalists with transferable skills?

Becky Marriott is talking to FinCrime Report about the recruiting strategies of small fintech companies, such as her current employer Tide, compared to traditional larger players in the sector.

“So far we’ve hired people who can turn to fraud one day, an anti-money laundering investigation the next day and right now, for instance, we are doing typology reviews for terrorist financing, “says Marriott.

“It’s really good for them because they get to work on lots of different things and really get to upskill themselves.”

Marriott contrasts this to her time at HSBC, which had dedicated fraud, sanctions and AML teams in separate locations. “Your left hand doesn’t know what you’re doing,” she says. She goes on to say that this separation of crime types can lead to siloes and poorer communication, although she also suggests that Tide itself is now needing to move towards more specialised recruitment as it grows.

Marriott is speaking at the FinCrime Virtual World Forum on 1 December on the topic of “The FinCrime Team of the Future”, discussing the skills and attributes needed in the fight against financial crime.

She is certainly well placed to draw comparisons between recruitment in different types of financial company.

Although she only finished her masters, in countering organised crime and terrorism at University College London, in 2011, she has already carried out a range of varied and eye-catching roles.

Indeed, it is difficult to pick the most interesting job on her CV.

She has worked for Aegis Defence Services on security for the US Military in Iraq, Afghanistan and Libya. She was then seconded to work on the London 2012 Olympics gathering intelligence about groups and in her words “checking that there were no terrorists sitting in the front row during Usain Bolt’s world record-breaking sprint”

She followed this by working for HSBC’s financial intelligence unit and among other things was tasked with figuring out how ISIS was getting its funding.

“This was in 2014, when people knew ISIS were the wealthiest terror organisation but didn’t really understand how it was getting its money,” she says. “From the bank’s perspective, we needed to understand where our exposures were.  I also spent time looking at foreign terrorist accounts and trying to understand their patterns of behaviour and how we can use that to apply to our larger customer base.”

She had time to investigate some global sanctions evasions networks and the FIFA corruption scandal before leaving the bank in 2016.

Since then Marriott has been in the world of fintechs, first for the consultancy FinTrail and since July 2018, Tide.

Tide, Marriott is keen to point out, is not a bank itself. Rather it is a financial technology company that provides app-based banking services for small businesses using the ClearBank license. In reality, the difference to the consumer is minimal as they are provided with an account and sort code number.

The company has grown rapidly since 2015 and now has more than 250,000 customers. It has had to recruit quickly and, as is often the case with start-ups, has not always had the same level of budget for salaries as larger players hiring more specialised staff.

So what skills does Marriott look for?

She stresses that Tide grew its team initially by looking at aptitude rather than experience.

“Are they analytical?, do they write well? Can they analyse data?  (which is really important) Are they quick? Are they good with systems and technology? Are they nimble enough to pick up new systems?” says Marriott listing some of the questions she would have about prospective new recruits.

“If they can think in the right way, and can get their head around systems quickly then its transferable, they can go from one financial crime bit to another”

The ability to be able to adapt to changing situations is key in the fintech world, says Marriott.

“It is fast-paced, it is a big workload and quite stressful. We need resilient people, people who can adapt to changing priorities very quickly. They could be working on one thing and be must be able to move and jump on to something else – again, traditional bank people are not always that adaptable.”

Staff at Tide, some of whom had little finance experience prior to joining the company, have been trained up on investigations, beginning with straightforward cases and then looking at more complex networks. Although Tide initially hired people with little experience, Marriott stresses that more senior analyst roles do require deeper experience and that more recently Tide has gone for people with more years on their CVs.

But, aside from the rise of fintechs and more multi-skilled staff, how else are the skills and attributes needed in the sector likely to change over the next five to 10 years?

For Marriott a key area is technological data analysis and data science. She has a team of engineers, data scientists and analysts who are there to build tools and refine them to reduce false positives and automate aspects of compliance.

“We want to use our brains for brain jobs and buttons for button jobs, there is no point in having an analyst sat there inputting data, let’s just automate that,” she says.

Technology allows analysts to be freed up and “used properly” to really look into patterns and analyse information. Over time, Marriott suggests, the technology may improve to the point where machines can be trained to properly look at patterns, with the human element focused on checks to make sure the technology is functioning properly. “The shift in skills is going to be to data analysis, data science and machine learning”, she says.

As Fintechs and other firms look to hire bright young graduates to begin their financial crime compliance journey, the question is why choose this as a career?

For Marrriott, not only is it “super-interesting” and challenging to investigate financial crime, there is also a huge moral dimension at play.