How we define, measure and ultimately improve effectiveness is becoming a major topic in the world of financial crime. Ahead of her appearance at FinCrime World Forum, Gemma Rogers argues for a change in thinking in the sector. 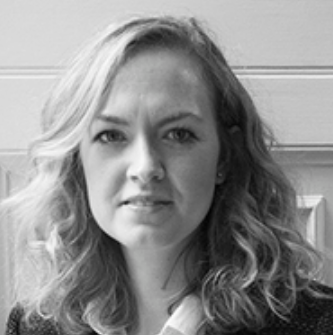 How do you know that what you do every day is effective?

This, says Gemma Rogers, is the “64,000 dollar question” anti- financial crime practitioners are grappling with across the world right now.

Jurisdictions globally are implementing more stringent anti-money laundering laws and regulations, financial institutions are filing millions of Suspicious Activity Reports (SARs) to the authorities and huge amounts of money are going into technology and research to help get on top of the global financial problem.

But is any of this frenetic activity actually effective? When estimates consistently show just 1% of illicit money is currently being seized, it is perhaps difficult to make the case that current methods are working.

All of this means there is a currently a huge impetus behind finding ways to improve effectiveness or at least as a first step, develop agreed ways to define and measure it.

Rogers is better placed than most to talk on this subject. After all she co-founded the consultancy FINTRAIL to help fintechs to “be genuinely effective fighting financial crime rather than just ticking boxes and having a good relationship with the regulator.”

Rogers will next month join a panel at FinCrime World Forum which is all be about this very topic of defining, measuring and ultimately improving effectiveness.

We kick off by talking about some of the things that Rogers believes are inadequate measures of effectiveness.

“What does that mean?, says Rodgers “Maybe they would be useful if law enforcement had additional contextual intelligence around that particular SAR but if they don’t have it then the SAR isn’t useful but that’s not the bank’s fault.”

Rogers believes we need to move away focusing on seeing processes as an end and instead focus on the end goal.

She says: “Effectiveness is about stopping crime, that’s what that’s what we’re all trying to do and so I think we all have to look at what we got into this business for.

“We didn’t get into it to clear alerts, or to create graphs of Management Information. That’s not why am here, and it is probably not why many Money Reporting Officers’ are here, they want to actually stop crime because they see the impact that is has on customers and society.”

For Rogers then, one of the prizes of adequately defining and measuring effectiveness is to reconnect with this core purpose of stopping crime rather than “just managing this huge operation bundle”.

One of the key dangers, Rogers suggest is that new ways of measuring effectiveness are simply added in to the mix as yet another regulatory control that businesses have to carry out. Rogers said this is a discussion point in the new Global Coalition to Fight Financial Crime, the chair of which, John Cusack, is chairing the FinCrime World Forum session at which Rogers is speaking.

She says: “We have a compliance regime at the moment where more and more is piled on to financial crime professionals…if we put effectiveness as the layer over the top might we be able to get rid of some of those other measures?.”

The onus says Rogers, should be on understanding the overall purpose of what the controls are for, ie, stopping crime, not clearing alerts for the sake of it.

Rogers also makes a distinction between “effectiveness” and “efficiency” and suggests sometimes the technological solutions improve the latter not necessarily the former. She says: ”Perhaps the fuzzy matching is a bit better or perhaps they use a more complex algorithm, to match the entitles so you get better results and can spend less time on a task, but I would argue that’s not effectiveness because that isn’t saying your control is effective at tackling financial crime necessarily, it’s efficiency.”

Rogers says you need measures for prevention, deterrence and detection, with the former (prevention) the trickiest to calculate (as by definition you are measuring something that hasn’t happened). She said: “It’s probably a combination of lots of different metrics that kind of somehow add up to an overall assessment of effectiveness of an institution”.

The criminals are always trying to be effective. They are so motivated to be incredibly effective because they’re evading capture and detection

The role of the public sector is crucial then if measures of effectiveness are to work, although Rogers stresses that private companies have a vital role to play in shaping the debate about what these measures should look like.

In terms of what Rogers would like to see happen in the short term, she says she wants to see an improvement, already underway in part, in the way people talk about effectiveness and outcome-driven compliance.

She says: “Yes, you need some technology to help provide the data and information to measure all these notions of effectiveness, but you also need an attitude shift among the people working in the industry, so that they can really understand why this is important, and why it is a real game changer.”

While the financial crime community starts to get its collective head around what exactly it means by “effectiveness” the criminals it would seem have no such problem.

Rogers says: “The criminals are always trying to be effective. They are so motivated to be incredibly effective because they’re evading capture and detection.

The inference is clear, unless the anti-financial crime community can also develop a clear picture of defining, measuring and ultimately improving effectiveness, it will always a be a step behind the criminals.

Gemma Rogers is speaking at “Moving the Needle - Defining, measuring, and improving FinCrime effectiveness” at FinCrime World Forum at 10.30am on 22 June.