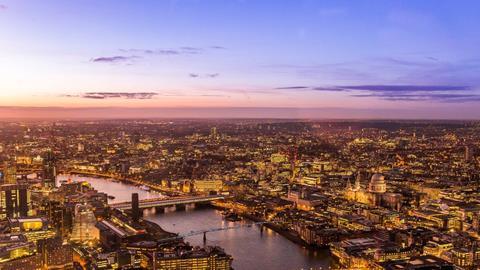 The way financial centre London is used to handle earnings from criminal activity is expected to be exposed in Italy’s largest mafia trial for three decades.

“’Ndrangheta interests in the UK have figured prominently as clans have used the country as an investment and money-laundering base,” Nicola Gratteri, the prosecutor whose investigation has led to the trial, was quoted as saying in The Guardian newspaper.

Colonel Claudio Petrozziello of Italy’s Guardia di Finanza, which monitors illicit flows of capital, said ’Ndrangheta clans in the UK have no interest in controlling the local territory, just the exploitation of the financial system.

“It’s not that there are no rules in London,” he said. “The problem is that the risk of mafia infiltration is underestimated.”

Investigators say the secret of the clans’ success lies in its ability to connect the underworld with the “upper world”, referring to London. A 2019 report from Italy’s Anti-mafia Investigative Directorate claimed criminal organisations laundered billions of euros each year through British banks.

More than 350 defendants, including politicians and officials, are charged with being members of ’Ndrangheta, reputedly one of the world’s richest and most feared criminal organisations. About 900 witnesses are due to testify against them in a specially created court room in Lamezia Terme, Calabria, southern Italy.

A study by the Demoskopita Research Institute in 2013 estimated ’Ndrangheta’s financial strength as more than that of Deutsche Bank and McDonald’s combined, with an annual turnover of €53bn ($64bn). Most of the clans’ earnings reportedly comes from international drugs trafficking.

Even as the trial gets underway, Italian investigators fear Brexit may complicate their fight against ’Ndrangheta by weakening police and judicial cooperation between the EU and UK. “Things could spin out of control,” said prosecutor Gratteri.

Italy’s national anti-mafia prosecutor, Federico Cafiero De Raho, commented: “When the UK was part of the European Union, it benefited from the effective sharing of data in the fight against organised crime.

“Now that it has left the EU, problems will start to emerge. London will not be absent, but things will change and even the best post-Brexit cooperation will be less effective than within the EU. Today’s mafias are moving among countries and continents, and where they find weakness in international cooperation, they exploit that opportunity.”

Giuseppe Lombardo, the deputy prosecutor of the Calabria region, warned: “In a phase of very scarce global liquidity, the goal of the ’Ndrangheta will be to create a banking system parallel to the legal one.”