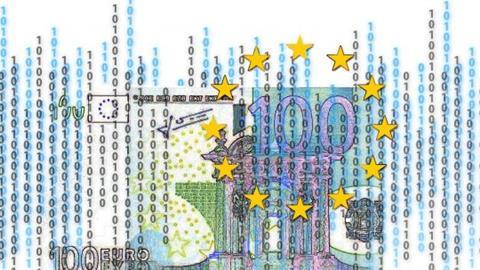 Christine Lagarde has said her “hunch” is that a digital Euro will be set up soon but would take up to four years to implement.

The President of the European Central Bank, speaking at a panel session last week, gave the strongest hint yet that the EU may back moves to set up a digital currency. She said the decision will rest on the outcome of a consultation that began in October and runs until mid- January.

“At that point in time we will make the decision as to whether or not we go forward with the digital euro,” she said. “My hunch is that we might well go in that direction.”

Lagarde added this would not mean the digital currency would be available immediately. She said: “We are going to have to address all the issues of anti-money laundering, financing of terrorism, privacy of users and all the information [about] the appropriate technology that will carry the digital currency, it is a project that will take two, three or four years before it is launched.”

Lagarde said the EU should explore a digital Euro if it is “cheaper, faster and more secure” for users, if it contributes to better autonomy for the Euro area and facilitate easier cross-border payments.

Jerome Powell, Chair of the Federal Reserve in the US, was also on the panel. He was more cautious about the prospects of a US digital dollar, saying that although the Fed has been in discussions with other central banks on the topic it hasn’t “made a decision to issue a central bank digital currency”.

He said: “We are the incumbent reserve currency and so we are going to be very careful and engage quite extensively on this before we make a decision.”

The idea of central banks issuing digital currencies has gained tractions in recent years amid the increasing use of virtual assets and concern over the use of some cryptocurrency platforms by criminals and terrorists. The EU has sought to tighten rules on Virtual Asset Service Providers through recent directives, while in the US, the Attorney General’s Cyber-Digital Task Force has raised concerns about the criminal and terrorist exploitation of cryptocurrencies.

Sign up for our free weekly newsletter and receive the latest headlines, analysis and comment straight to your inbox.