FinCrime professionals often argue that one of the major challenges they face is the fragmentation of the anti-FinCrime effort: not only between the public and private sectors, but between firms themselves. 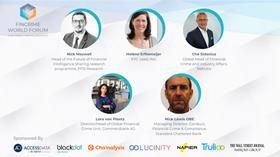 FinCrime professionals often argue that one of the major challenges they face is the fragmentation of the anti-FinCrime effort: not only between the public and private sectors, but between firms themselves.

With each individual business seeking to identify high-risk clients and suspicious activities through their own resources alone, it can be relatively simple for sophisticated financial criminals to work around the system.

One idea often discussed has been that of ‘utilities’: institutions pooling their resources and working together to undertake their FinCrime obligations jointly. The most common experiments so far have been with KYC utilities in Asia-Pacific, Africa and Europe. Separately, a group of five major banks in the Netherlands has also started building the world’s first Transaction Monitoring utility.

These kinds of projects - combining data or taking a systemic, network view - should in theory improve the industry’s ability to understand and tackle common risks. However, so far, this has not been fully demonstrated, and utilities have also generated substantial practical issues of implementation.

Some of these have been unique to the specific requirements of the project at hand, whether KYC or monitoring, while others appear to be more common. Integrating the data from multiple diverse institutions has proved a technical headache for some in the KYC space already, and in a world where personal data privacy is increasingly privileged, data-pooling has faced major challenges from developments such as the EU’s General Data Protection Regulation (GDPR).  Surveying this complex landscape, the panel will assess the potential value that utilities can bring to different aspects of the fight against FinCrime, and the balance between risk and reward that might come with such ambitious collaborations.