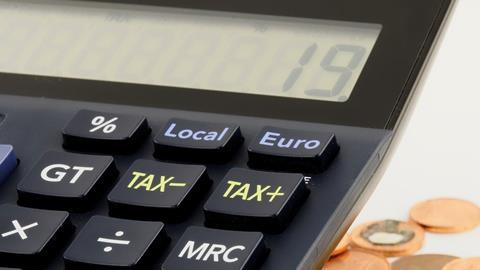 Cum-Ex tax fraud: the difficulties and dilemmas in pinning blame

Cum-Ex trades are alleged to have defrauded European governments of billions of euros in the past few decades. Investigations and legal proceedings are now taking place across the globe embroiling major investment banks and international law and accountancy firms.

Yet there remains little consensus on when cum-ex is criminal. The German bank’s pragmatic guilty plea in Denmark avoided difficult questions of principal. Even following the judgment in the Bonn case, there is little clarity on what is and is not criminal. That judgment is being appealed and, in any event, may prove of limited relevance to other jurisdictions. Most investigations and legal proceedings are likely years from resolution and it would not be surprising if many years hence we were still awaiting Supreme Court verdicts in various jurisdictions to finally establish a basis for criminality in that jurisdiction.

Cum-Ex is routinely described as trading which exploits a ‘loophole’ to enable multiple parties to claim the same tax refund. Prosecutors in most jurisdictions would have little difficulty in bringing a criminal case if parties were colluding to do so. That prosecutors are having difficulties is due to three principal issues. The first is merely practical. The second and third, existential.

Firstly, how does one prove such collusion? The trades are enormously complex and involve many parties. Were parties merely acting in their own best interests or were they acting with awareness of a larger scheme? How does one prove knowledge without text messages, emails, evidence in black and white? The Bonn trial was remarkable in that the defendants doubled as prosecution witnesses. But it’s unusual for prosecutors to have such obliging defendants. Inferences will only take prosecutors so far, particularly for parties not directly involved in the trading.

“How does one prove such collusion? The trades are enormously complex and involve many parties. Were parties merely acting in their own best interests or were they acting with awareness of a larger scheme?”

The second issue intersects with the first and makes proving collusion all the more difficult: there can be more than one reclaim without collusion. For example, the practice of ‘short selling’ (i.e. selling shares you don’t own) can lead to two entirely independent parties (the buyer and lender), each not knowing the existence of the other, who both quite properly believe that they are entitled to make a reclaim. In certain cum-ex trading strategies, both parties may in fact – according to tax law and market convention – be entitled to make reclaims in respect of the ‘same shares’.

The ‘short seller’ is not breaking market rules and, although he creates a risk of multiple reclaims, he does not make a reclaim. If acting at arm’s length, the buyer, seller and lender may each quite properly say: “I have done nothing wrong!” but the consequence is two reclaims in respect of one set of shares.

If each party’s position viewed in isolation is legitimate, where is the criminality without collusion? To which the answer appears to be: we must find one. Because otherwise parties which have participated in and profited from cum-ex will ‘get away with it’ – and we will have little chance of recovering billions of Euros.

And while authorities are grappling with this existential crisis, a third one comes along: cum-ex does not need more than one reclaim.

“Cum-Ex” is taken from the Latin for “with-without” and refers to stocks with and without dividends.

The German government finally outlawed the practice in 2012. Other jurisdictions were slower to take action.

Estimates put the total losses by European governments from cum-ex and other forms of dividend arbitrage at over €60 billion.

Suddenly, all of the conventional analysis of how to criminalise cum-ex is redundant. If there is just one reclaim, even if there is ‘collusion’ between parties, where is the criminality? Certainly, any allegation of criminality must account for the tax laws and market conventions at the relevant time.

Again, the answer from the authorities appears to be: we must find one. Because otherwise parties who have participated in and profited from Cum-Ex will ‘get away with it’ – and we will have little chance of recovering billions of Euros.

Of course, you can turn things around and say: but how could trades make billions of Euros unless they were not legitimate? That’s a legitimate question, but not sufficient for an answer. Particularly when the reality is that many of the world’s leading investment banks and other financial institutions were acting on the basis of advice from international law and accountancy firms that said they could properly do so.

There will be arguments about the scope of opinions and the role of some experts, but the broad consensus is plain: much of what is now being investigated as potentially criminal was at the time viewed by experts as entirely legitimate. And that’s partly because the tax authorities themselves treated the trades as legitimate.

Tax authorities in various jurisdictions knew that the trades were happening. The German authorities reportedly knew of cum-ex trades from as early as 2002 but failed to close the ‘loophole’ until 2012.

The trades would have been reported to the markets and regulators, as part of the regulatory oversight regime. Parties making tax reclaims should have complied with the rules of tax authorities. It was open to tax authorities to request more information and/or to disallow the claims. It was open to governments to change the rules and ban the trades. They didn’t. It’s not merely cynics who are noting that the only way that authorities can now recover the bulk of those reclaims is by alleging criminality.

Cum-Ex investigations have years to run and much detail remains to be discovered. Inevitably there will be parties who have been thoroughly dishonest who righty will be prosecuted. But any suggestion that cum-ex is intrinsically criminal, or that parties not directly involved had a basis to suspect criminality merely on the basis that it was ‘cum-ex’, should be given short shrift.

Authorities should keep in mind the fundamental right, enshrined in Article 7 of the European Convention of Human Rights, that there shall be no punishment without law. In the words of Lord Bingham: “no one should be punished under a law unless it is sufficiently clear and certain to enable him to know what conduct is forbidden before he does it; and no one should be punished for any act which was not clearly and ascertainably punishable when the act was done.”