A new policy institute is advocating the creation of unbiased, transparent corporate governance reports in a bid to improve the effectiveness of environmental, social, governance (ESG) programmes. 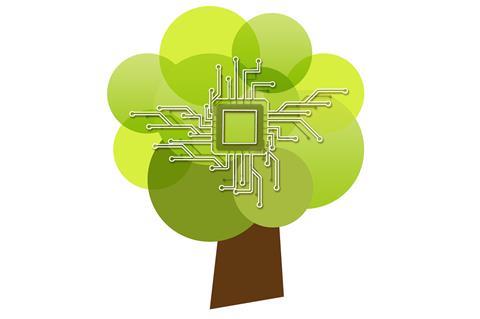 The think-tank says it will offer reports, analysis, and recommendations on public companies and large private enterprises and challenge how well of existing players deal with matters of ESG.

Named the Corporate Citizenship Project, the think-tank recently launched operations with the goal of offering objective reports and analysis on governance issues in corporate America. The projects’ leaders say that investors deserve better given that existing proxy advisors have failed on a number of counts, which include the following:

Existing proxy advisors have an opaque pricing model, the think-tank says, leaving investors uncertain whose interests are actually being represented: is it the company paying for so-called ‘ESG certifications’ or the investors who rely on the proxy advisory firm for objective analysis?

According to the think-tank, companies with all-white management teams with records of lawsuits on matters from sexual harassment to toxic dumps have been honoured with high ESG marks. If the companies pay the proxy advisors for consideration, then the Corporate Citizenship Project believes this amounts to a conflict of interest.

It is important that proxy advisors transparently disclose the exact process by which ESG ratings are calculated to avoid the perception of any conflict of interest, Corporate Citizenship Project says.

ESG focus as it stands risks US national security

The think-tank also says that proxy advisory firms’ focus on ESG policies has harmed US national security by punishing domestic oil producers, thereby increasing dependence on foreign oil including from autocratic countries such as Russia, Saudi Arabia, Venezuela, and Iran.

Foreign oil companies owned by wealthy kleptocrats, the think-tank says, do not abide by ESG standards. Therefore, the only impact of ESG policies is to hurt US energy jobs, reduce domestic energy production, and reduce the leverage the US has in negotiations with foreign leaders.

According to the Corporate Citizenship Project, the oil price shocks caused by the Russian invasion of Ukraine prove that the US should not be so quick to curtail domestic oil production. This is especially the case in light of recent reports from The New York Times showing US diplomats engaged in negotiations with hostile regimes in Venezuela and Iran to provide much needed oil supplies – worrying activity given that these regimes have a long reputation of funding anti-American activities.

The Corporate Citizenship Project says it supports moving to 100% renewable energy over time, but that it would prefer in the interim to produce oil in the US rather than rely on dangerous foreign actors.

Proxy advisors fail to live up to their own standards

While proxy advisors push companies to accept mandatory racial quotas, they generally have mostly white or all white management teams themselves and at their parent companies, the Corporate Citizenship Project says.

The project then questions how proxy advisors who fail to put single person of colour to an executive role, can then have a role themselves in criticising companies for lack of diversity.

Ghadah Salahuddin, a long-time public affairs executive, has been announced as the CEO of the Corporate Citizenship Project and said in a statement that she looks forward to providing investors an alternative to existing proxy advisors.

“Pension funds, investment firms, and retail investors deserve objective analysis that has their interests in mind. It is never in the interests of investors to put so-called ESG policies over what is best for a company’s success or our nation’s security. If the leading promoters of ESG cannot live up to their own standards then we need to re-think ESG itself and opt for ‘Corporate Citizenship’ instead.

“Corporate Citizenship means companies play a role in making their communities and our country a better place, not through arbitrary and selectively enforced rules forced upon them by unelected outsiders, but instead through their own initiative and based on their own needs and resources,” Ms. Salahuddin added.

“The Corporate Citizenship Project will provide companies and investors an alternative for evaluating and commenting on corporate governance issues that puts investors and country first,” Ms. Salahuddin continued.